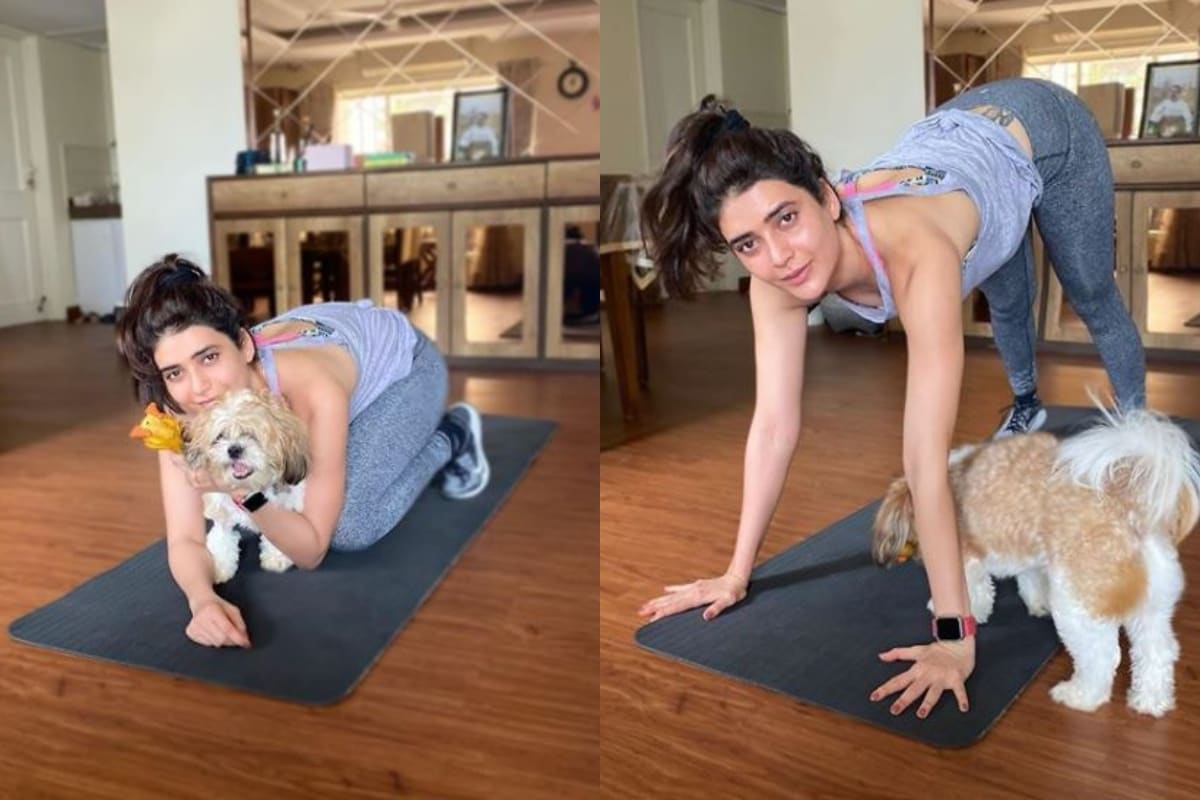 Actress Karishma Tanna's new workout partner is her four-legged friend Koko. Karishma took to Instagram, where she posted a motley picture of herself doing yoga. Her pet dog Koko can be seen beside her.

Karishma was recently announced the winner of season 10 of the adventure reality show Khatron Ke Khiladi. She took to Instagram and penned a lengthy note, sharing how she broke several stereotypes to achieve her dreams in life.

"As I hold this trophy in my hand, I feel I am holding all the dreams I dared to dream. It feels like I am holding the dream of my mother. Coming from a simple conventional Gujarati family it started with. She can't do it. Why does she want to do it? Get an education, get a more secured job, get married, now who will marry her? It's a tough world out there. It's a mans world. How will she survive the competition. She has no Godfather, no connections," she wrote.

Grand Masti and Sanju are among Karishma's well known movies.