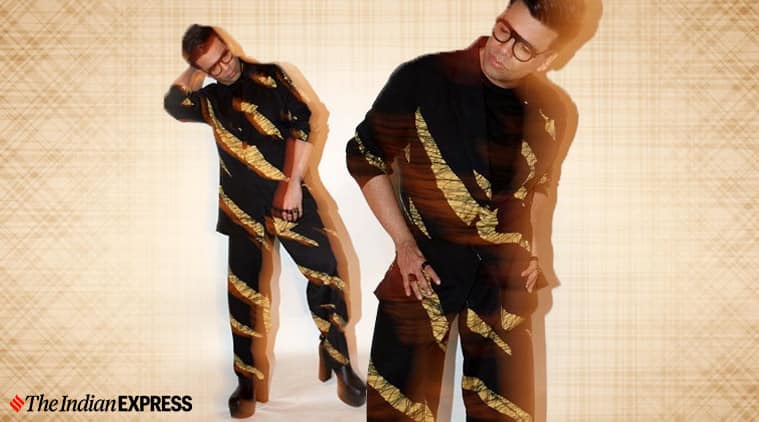 It is no secret that Karan Johar loves fashion and at times, really stretches himself when it comes to experimenting with sartorial choices. But his recent appearance might just take the cake. For the Vogue Women of The Year awards, the director had stepped out in an Issey Miyake ensemble. Styled by Nikita Jaisinghani, the look was surprisingly less flamboyant than his previous look, but it was his Rick Owen shoes — specifically those killer heels — that have all our attention.

Needless to say, he pulled them off better than many, and his friends from the fraternity were quick to point that out. While Kajol wrote, “I think I had this pair of shoes … really long back !”, Badshah commented, “Those heels are gangster.” We agree. We also like how his overall look was kept basic and rounded out with Yohji Yamamoto glasses.

Take a look at the pictures here.

Apart from Johar, who hosted the event, actors Anushka Sharma, Katrina Kaif, Janhvi Kapoor, and Ranveer Singh were also in attendance at the star-studded event. Sharma was spotted in a tailored jumpsuit from Gucci which was paired with a matching blazer. Although the black-tie did not really fit with the rest of the look, we like how it was not over-accessorised and was rounded with minimal make-up and boots from Louboutin. Johar was clearly no less. What do you think of his heels?