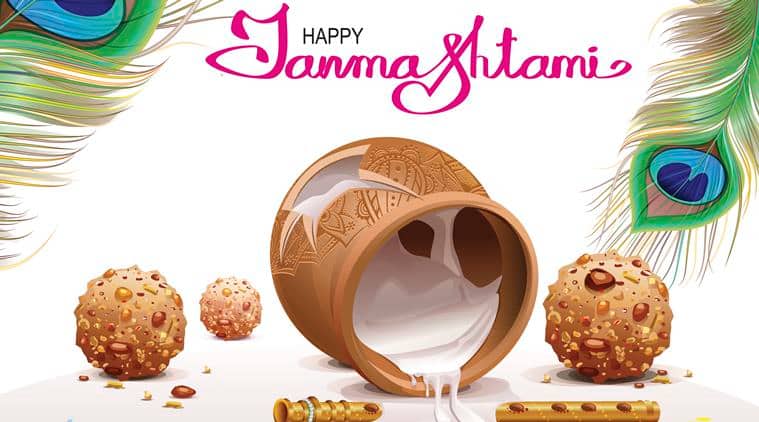 Krishna Janmashtami 2019: Krishna Janmashtami, celebrated as the birth anniversary of Lord Krishna, is observed with great fervour. Believed to be the eighth avatar of Lord Vishnu, Krishna is was said to be born on the eighth day (ashtami) of the Krishna Paksha (dark fortnight) of the month of Bhadrapad. This year, the festival of Janmashtami will be observed on August 24.

The festival is mainly celebrated in Mathura (which is said to be the birthplace of Lord Krishna), in parts of Gujarat and Rajasthan, and in the northeastern states like Assam and Manipur.

While according to the Hindu calendar, Janmashtami is observed on Ashtami or the eighth day of the ‘Krishna Paksha’ in the Bhadra month, it overlaps in the months of August and September as per the Gregorian calendar.

The Vaishnav tradition hails the festival as one of the most important religious festivals. Raas lila or Krishna lila — dance-drama enactments of Krishna’s life as per the Bhagavata Purana – is a popular tradition to commemorate the occasion. In addition to Raas lila, a night vigil (jagarana), fasting (upavasa) and celebrations (mahotsava) are important parts of Janmashtami.

Popular mythological tales narrate how Lord Krishna’s uncle, King Kansa, wanted to kill him. So as soon as he was born, his father Vasudeva took him across the Yamuna to Gokul where he was then taken care of by his foster parents Nanda and Yashoda. On Janmashtami, devotees honour how Krishna emerged victorious over the trials and tribulations over his birth, and later over the evil King Kansa.

Believers fast the whole day, spending the time singing devotional songs; they also maintain a vigil into the night as it is believed that Krishna was born at midnight. The Nishita Puja timings are from 12:01 am to 12:46 am Aug 25.

The fast is broken on the next day when the Ashtami Tithi is over.

Devotees offer ‘chappan bhog’ on the following day, which is known as ‘Nanda Utsav’, as part of which 56 dishes are prepared to offer to the god. After the offering, the prasad is then distributed and shared among devotees so they can end their fast.

The ‘bhog’ is known to contain all of Krishna’s favourite dishes, who is also lovingly known as ‘maakhan chor’, or butter thief. Malpua, mathri, jalebi, makhan mishri, rabri, rasgulla, murabba, saag, khichdi, milk, dry fruits, etc., are some of the common dishes included in the bhog.

Lord Krishna’s idols are cleaned and decorated with news clothes and ornaments. The idol is placed in a cradle to symbolise his birth. Women also draw tiny foot prints walking towards their house, a symbol for Krishna’s journey into their homes.

The idea behind the celebrations is to observe the victory of good over evil. As per Bhagavad Gita, Krishna says that whenever there is a predominance of evil and decline of religion, he will reincarnate to destroy the evil and let the good take over. The main significance of Janmashtami is to promote goodwill as it is to knock down evil intentions. Krishna Jayanti also celebrates togetherness. The festive occasion brings people together when families and friends join in to celebrate it.