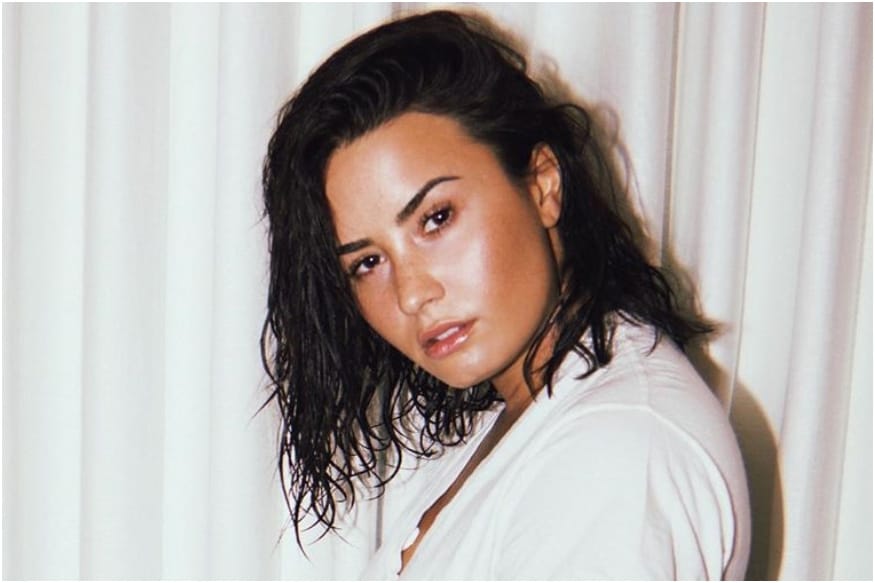 American singer, songwriter and actress, who made her debut as a child actress in the children's show Barney & Friends, Demi Lovato went on to become one of the most well-known singer and songwriter of the current generation.

Lovato has numerous awards and nominations to her name, including an MTV Video Music Award, 14 Teen Choice Awards, five People's Choice Awards, and two Latin American Music Awards. She also holds one Guinness World Record, and was included on the annual Time 100 list of the most influential people in the world in 2017.

An outspoken activist for several social causes, she is also quite savvy when it comes to social media and has time and again proved that she can carry of any style with ease.

Orange is the new thing

The image, from June 2019, sees Demi in an orange printed top that she paired with orange stilettos and an orange handbag. The young singer kept her hair messy for the look and finished off her style with a pair of trendy shades.

Demi Lovato set temperatures soaring with this look, sporting a two piece bikini with leopard spots and a black band running through. The singer did not accessorize save a massive danger and black shades for the sensual picture. Notably, the singer mentions in the caption that she was at her favourite place Bora Bora when the photo was clicked.

The image from April sees the Heart Attack singer sporting a massive jacket which boasts of two predominant colours red and purple, along with a yellow sling bag and white sneakers. Taken inside an elevator, the singer reveals in the picture that she is sporting a new hairdo. The singer accessorized her look with a vintage steam-punk style shades.

Simply captioned "Love this lewk," Lovato's close up image shows her sporting huge danglers and heavily made up eyes that have glitter running down the middle. The actor sports a mute lip shade and is devoid of any other obvious makeup.

Another close up of the Give Your Heart a Break singer captioned "Happy Pride!!!" sees her sporting stark crimson lip shades along with bright blue and pink jacket and an orange tee. The singer accessorized the ‘Pride’ look with orange danglers.

Sporting a white t-shirt that the singer is seen pulling up, showing off her toned midriff, Lovato's wet, unkempt look sans any accessories save for a golden bracelet, is one of the best she posted on social media and has been liked over 32 lakh times since being posted.