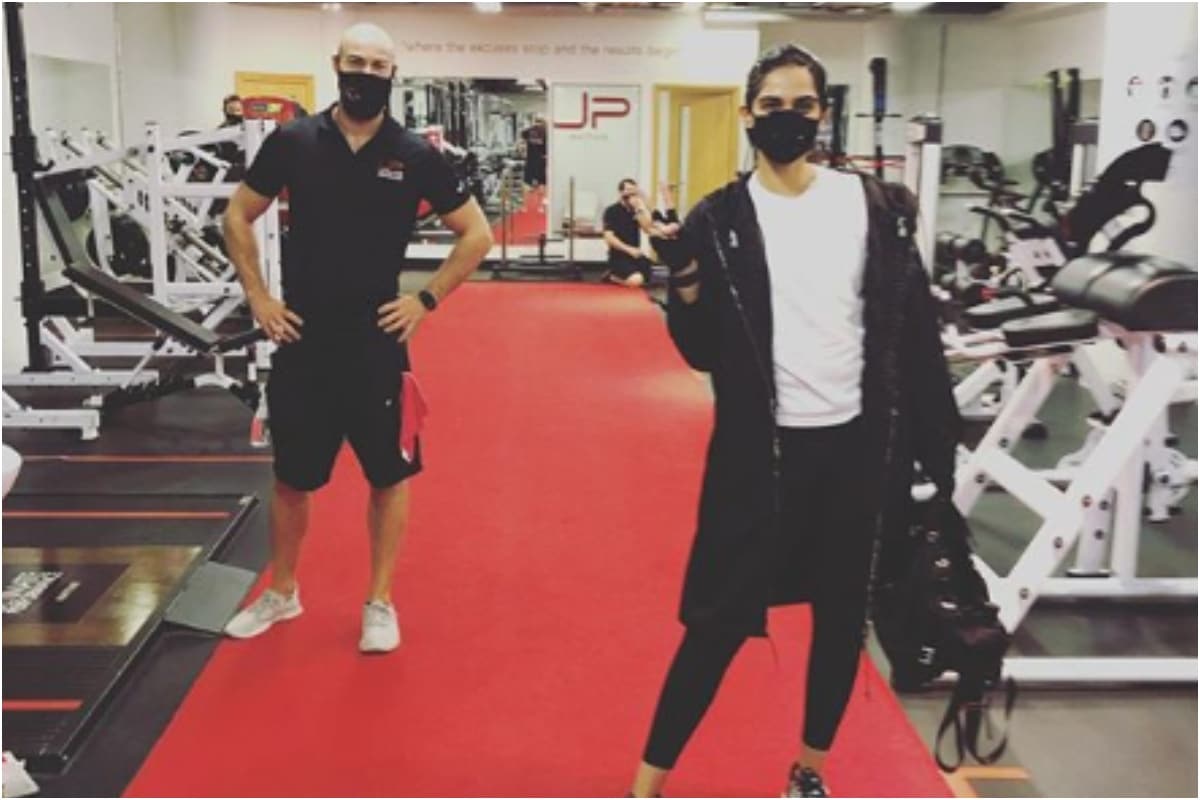 Sonam Kapoor flew to London with her husband Anand Ahuja from Mumbai earlier this month. The actress revealed to her fans and followers that she has successfully completed her mandatory quarantine period with a social media post.

She took to her Instagram account to share a picture from the gym posing with her trainer, Matt Parson. Sonam can be seen sporting a mask standing inside the gym. For her gym outfit, she wore a white t-shirt, black body-fit track pants teamed with a jacket and sport shoes. She has tied her hair in a bun and can be seen carrying a gym bag.

While sharing the post, Sonam wrote, “First day out of quarantine and straight into the gym.. @_mattparsons you’re very mean! On a more serious note I didn’t think I’d be so happy to get back at it.. @upfitnesslive @upfitnesslondon (sic)."

A few days after landing in London, the actress shared a short video on her Instagram of herself in her garden.

Sonam’s 2019 film The Zoya Factor alongside Dulquer Salmaan remains her last theatre release. She will be seen in the Bollywood remake of South Korean film Blind. The film will be directed by Shome Makhija and Sujoy Ghosh will be the creative producer.

Additionally, she will collaborate with her sister, Rhea for the sequel of Veere Di Wedding.

Sex And The City is an ultimate fashion guide. Here's proof!