Eid ul-Fitr 2019: History, Importance & Significance of Eid-ul-Fitr and why we celebrate it 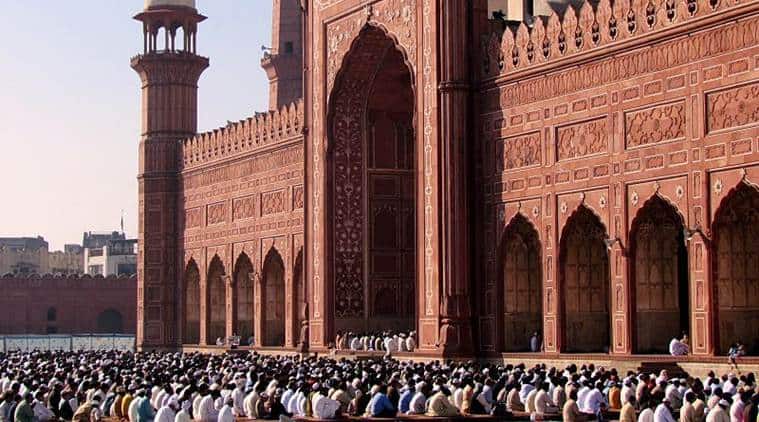 Eid ul-Fitr 2019 Date India: Eid ul-Fitr, an auspicious festival celebrated by Muslims all around the world, marks the end of the Islamic holy month of Ramadan. It is believed that Prophet Muhammad got the first revelation of the Holy Quran in this month.

The date of the festivity depends on the combination of the sighting of the new moon as well as astronomical calculations.

The importance of the festival lies in paying respects to Allah for giving one the strength and endurance to observe the month-long fast. Eid ul-Fitr falls on the first day of the month of shawwal, which is the only day in that month when Muslims do not need to fast.

With a unique salat (Islamic prayer) comprising of two rakats (units), it is usually offered in a large gall or open field. It is to be performed only in a congregation (jama’at) and has added six takbirs (raising of the hands to the ears while saying “Allahu Akbar” which means “God is the greatest”); three in the beginning of the first raka and the remaining three before ruku in the second raka’ah in the Hanafi school of Sunni Islam.

It is often said that Muslims believe they are commanded by Allah — as also mentioned in the Holy book of Quran — to continue the fasting till the very last day of Ramadan and pay the Zakat al-Fitr before offering the prayers for Eid.

The festivities of Eid begin only after the crescent moon is seen. The festival is celebrated as a time of official receptions and private visits, when friends greet one another, exchange presents, wear new clothes, and visit the graves of relatives.

Muslims wake up early in the morning, chant their salat ul-fajr (daily prayers), take a bath and wear ittar (perfume). It is a custom to eat a hearty breakfast before people head to perform the special congregational prayers. Many Muslims also recite the takbir, which is the declaration of faith, on their way to the prayer ground and take part in zakat al-fitr (charitable contributions).