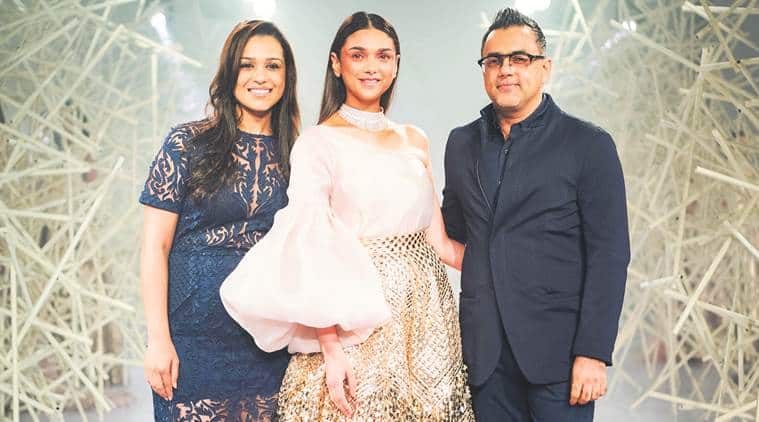 On the Indian fashion circuit since 2006, Delhi-based husband and wife designer duo, Pankaj and Nidhi, unveiled their first couture collection “Mosaiq”, at the ongoing India Couture Week in the Capital on Wednesday night. “We have been mulling the idea for a while. Our friends have been advising us that to be taken seriously in the fashion scene we need to step into the couture world,” share Pankaj and Nidhi, when we catch up with them a day after the show.

The debut comes long after they made a niche for themselves with their statement edgy silhouettes and embellished dramatic outfits. The duo is known for their western sensibilities blended with embellishments that are very Indian. “We knew that our technique was very couture, be it the three-dimensional appliqué work or the usage of faux leather and metal embellishments. The detailing in our pret collections was always dramatic and detailed but we had to be truly convinced as couture wear in India is heavily dominated by bridal wear and we didn’t want to do the routine,” state the two.

So for “Mosaiq”, the couple took inspiration from the ancient craft of making mosaics, which were abundant as decorative motifs in the architecture of the Byzantinian empire. While they looked at the Middle East for creative inspiration, their demure colour palette comes from the west. “We took a leaf out of the film Elizabeth, which was nominated for the Academy award for Best Costume Design. The muted shades of lavender and ivory looked so glamourous and dramatic. We then made ensembles which a bride can wear in Hong Kong or someone can wear to a ball in New York. We didn’t want to make an India-centric collection,” adds Pankaj, 46. 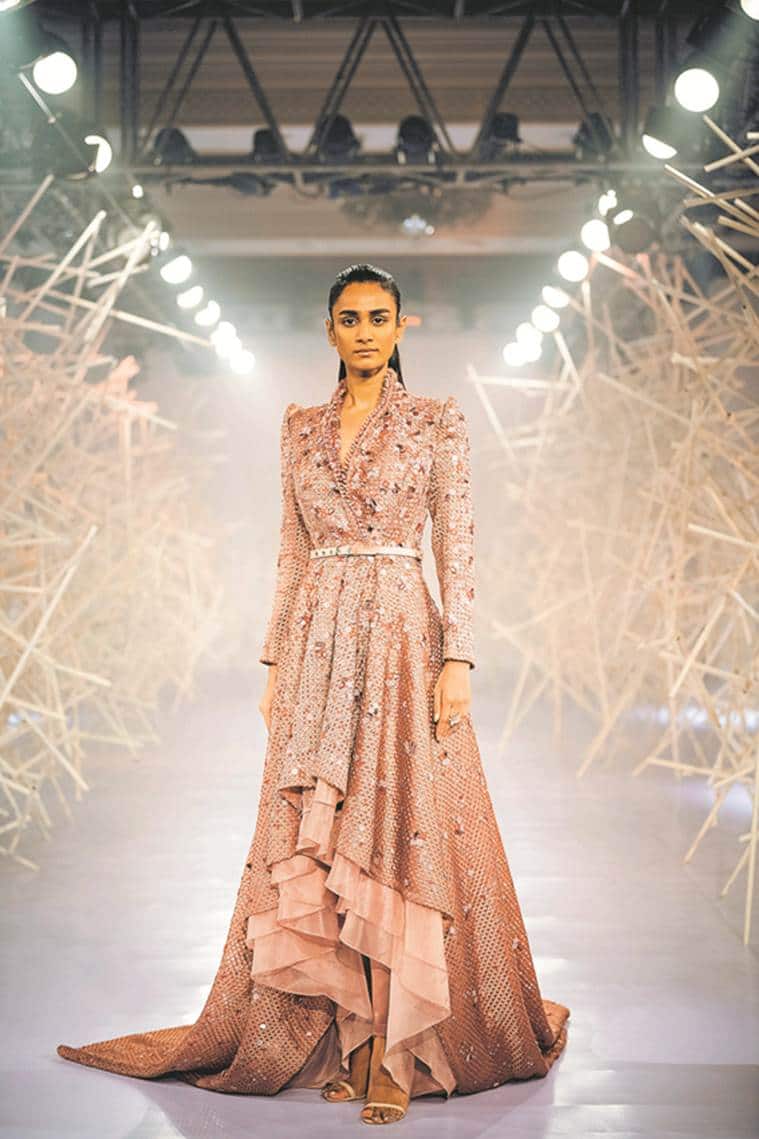 Graduates from National Institute of Fashion Technology in Delhi met on the job and now share a workshop in Noida. Their shared design sensibilities brought them together. “We both instinctively respond to things. I know a lot of people gawk at the idea of a husband and wife working together but thankfully we have been in sync with our design sensibility. There are times when our design team comes to me with an idea and I respond to it, and 90 per cent of the time he has the exact same response. We are both equally important in the design process. We are each other’s sounding board,” shares Nidhi, 37.

The two also received acclaim for their Autumn Winter 2019 collection unveiled at the last edition of the Lotus Makeup India Fashion Week. The designs were inspired by Dutch artist Jan Davidz de Heem’s famous work Still Life with Flowers in a Glass Vase. “We got very charged up after the response to the show. With time, our design sensibilities have evolved and we have figured what works for us and our aesthetics. We have also become braver. But at the core of it, we are still the same,” say the two.

The fashion industry, the duo feel, is going through interesting times, as it has become crucial to constantly reinvent and challenge oneself. “We have a young Rimzim Dadu and people like Amit Aggarwal and Anamika Khanna who are doing path-breaking work. There is a lot of creativity and we are optimistic. There are some collections that seem to belong to the ’90s but we need to understand that fashion is no longer about creating a one stand-out show. You need to be an administrative manager, a finance manager and a HR manager. We need to blend creative and business acumen to be successful,” say the two.