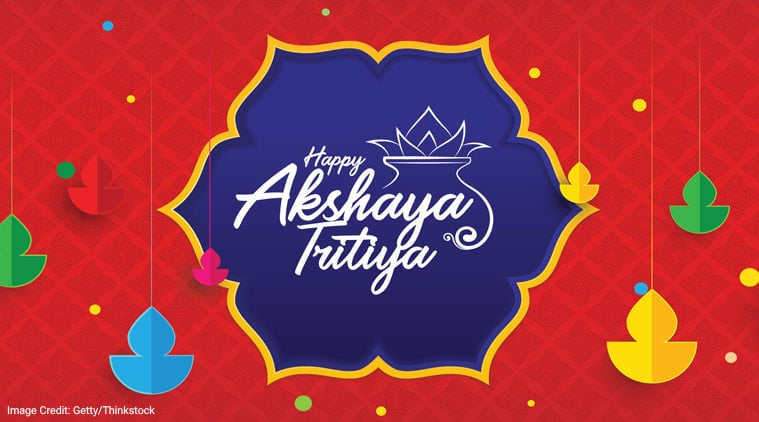 Akshaya Tritiya 2020: This year, it falls on April 26. (Image designed by Gargi Singh)

Akshaya Tritiya 2020 Date: Every year, Akshaya Tritiya is celebrated with a lot of gusto predominantly by the Hindu and Jain community. The day is believed to be extremely auspicious and is considered as the day when the lines of destiny changes, which is why people pray to the deities, especially Lord Vishnu, to seek their blessings. This year, it falls on April 26.

The word ‘Akshaya’ translates to ‘never diminishing’ in Sanskrit. It is believed that on this day Kubera, the god of wealth had prayed to goddess Lakshmi. To this, the god  was granted the gift of perpetual gift and wealth. Many associate this as the reason why Akshaya Tritiya is regarded as the most appropriate time to buy gold and even property.

The innate piety of the day also makes it a great occasion for couples to tie their knot. According to legends, on this day Goddess Madhura had married God Sundaresa (an incarnation of Lord Shiva) and this ensures eternal happiness for couples wedded on this day.

On the day, people stand in long lines outside gold stores to buy something and mark the day. A visible excitement is noticed among both the customers as well as the vendors. At many places, discounts are doled out. In many households, pujas are also conducted to show gratitude towards gods. Many also donate to the poor and even take dip in ghats. But this year the celebrations will be restricted due to the lockdown.