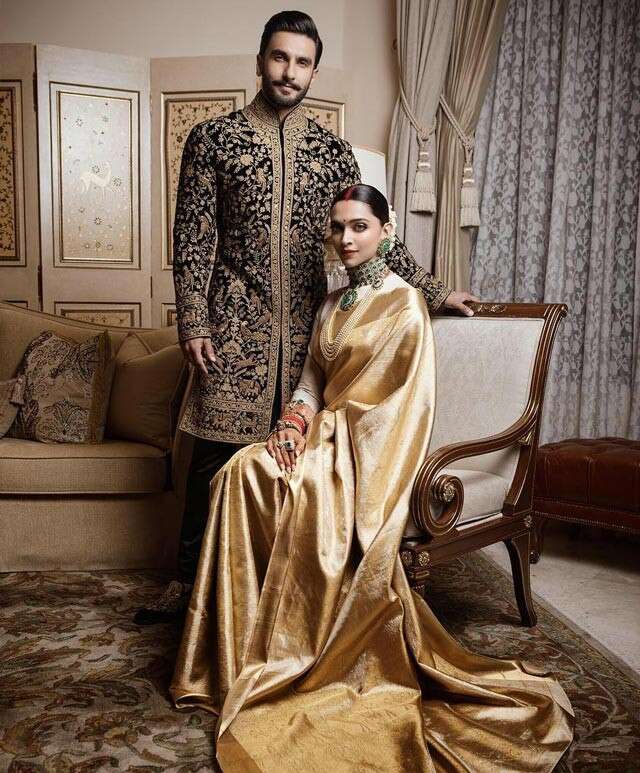 The IT couple of B-Town have had our hearts since their courtship days. From being each other’s loudest supporters to virtual PDA via Instagram posts and comments, the couple is-as the internet would call them-#goals. The two also are well-acclaimed for their refined, however dissimilar, sense of style. Ranveer is known for his flamboyant, out-of-the-box dressing sense, while Deepika breezes through her subtle elegance and modish glam looks. And still, they often manage strike a chord between their different world of fashion. Here are seven instances where the duo can be seen being perfectly coordinated in attire. Scroll below: 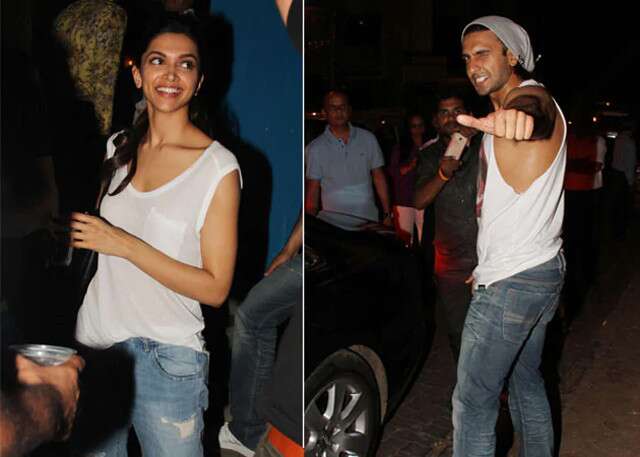 The coordinating outfits can be traced back as far as the evening of 2014 when the duo was photographed by the paparazzi exiting an eatery in matching white tees, blue jeans and even matching shoes. This was back when the unofficial, unconfirmed relationship of these co-stars of Goliyon Ki Raasleela - Ram-Leela was the buzz of B-Town. The fashion choice sent fans into a frenzy! 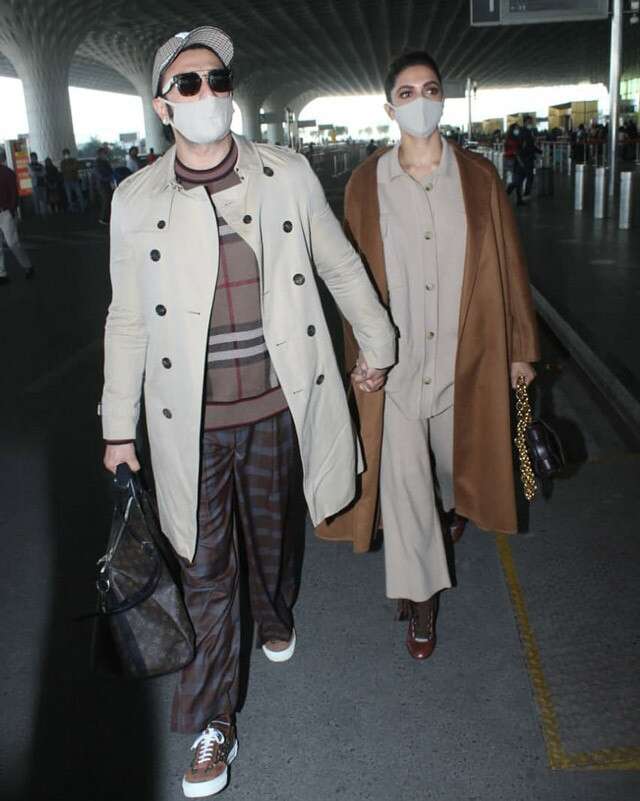 Deepveer have often been spotted sporting matching outfits at the airport. Most recently, heading out to celebrate the new year, both looked dapper in beige, styled to align with their own sense of fashion and champion the winter, topped off with matching masks. 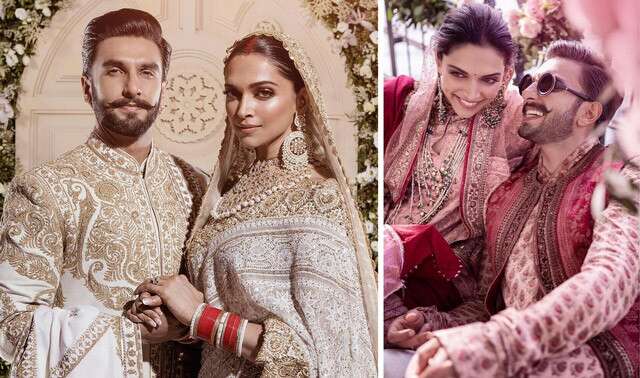 Throughout the exclusive yet extravagant wedding that lasted days and the receptions that followed, the couple made it a point to compliment what the other was wearing. From the matching in intricate ivory to embracing the contrast of black and gold, the husband-and-wife duo ensured they looked like royalty while they celebrated! 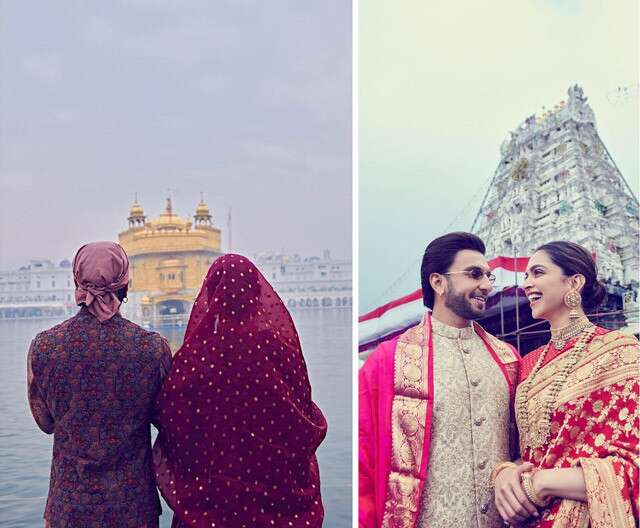 The two-part celebration of their first wedding anniversary was no exception, where both donned intricate traditional attire on both occasions that, of course, flatters the others’ while the sought blessings at the Golden Temple and the Tirumala Tirupati Temple. 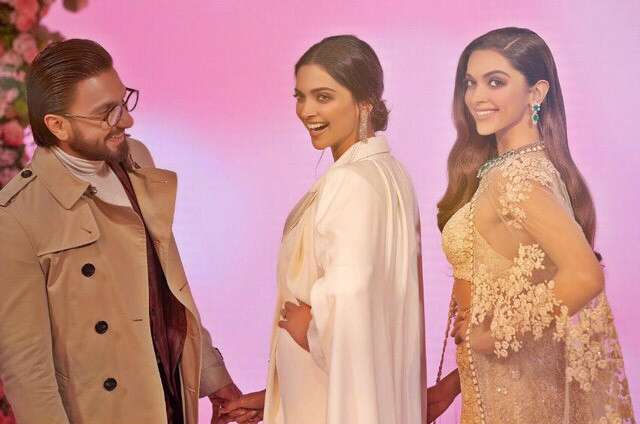 Ranveer even dressed to match Padukone’s wax statue at Madame Tussauds, London, back at its unveiling ceremony in March of 2019, where the newly-weds were accompanied by Padukone’s parents. His beige overcoat pairs well with cream on the statue’s dress, not to mention, with the off-white that Padukone has on. Accident or not, it sure is adorable! They can also often be spotted twinning in casuals like as on the set of 83 as Padukone joined the team in June of the same year. They could be seen sporting white tees and black jackets in the multiple social media posts from the day. Most recently, at the intimate bash for Padukone’s birthday on January 5, she wore all black and the husband followed suit in his black sweatshirt. Alia Bhatt, Ranbir Kapoor, Shaheen Bhatt, Ishaan Khatter among others were in attendance, where all could be seen wearing similar colours.

Different Ways You Could Shine Bright Through Mirror Work

The '80s Ruched Trend Is A Power Fashion Move This Season