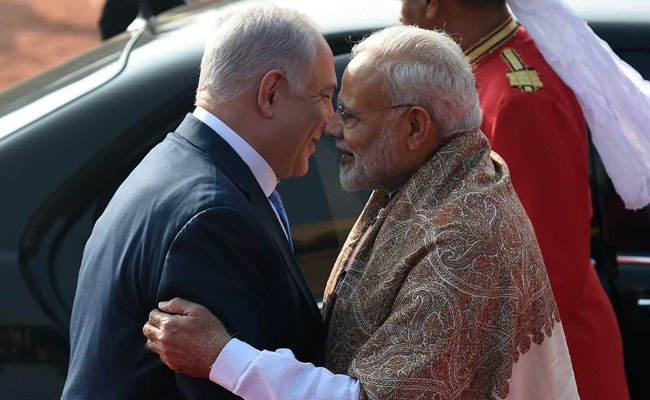 Benjamin Netanyahu wished India on the even of its Independence Day.

Israeli Prime Minister Benjamin Netanyahu on Friday congratulated his Indian counterpart and a "very good friend" Narendra Modi and the people of India on the eve of the country's Independence Day, saying "you have so much to be proud of".

"Wishing my very good [email protected]@narendramodi and all the people of #IncredibleIndia a joyful #IndiaIndependenceDay. You have so much to be proud of," the Israeli Prime Minister tweeted a day ahead of India's Independence Day and just before the onset of Sabbath when official work generally comes to a standstill in this Jewish country.

The Sabbath is Judaism's day of rest and the seventh day of the week. "Swatantra Diwas ki haardik shubhkamnayen", he added in Hindi. The tweet also carried a photo of PM Modi and Benjamin Netanyahu.