"You Guys Write A Lot About Me": Rohit Sharma's Cheeky Dig At Reporters 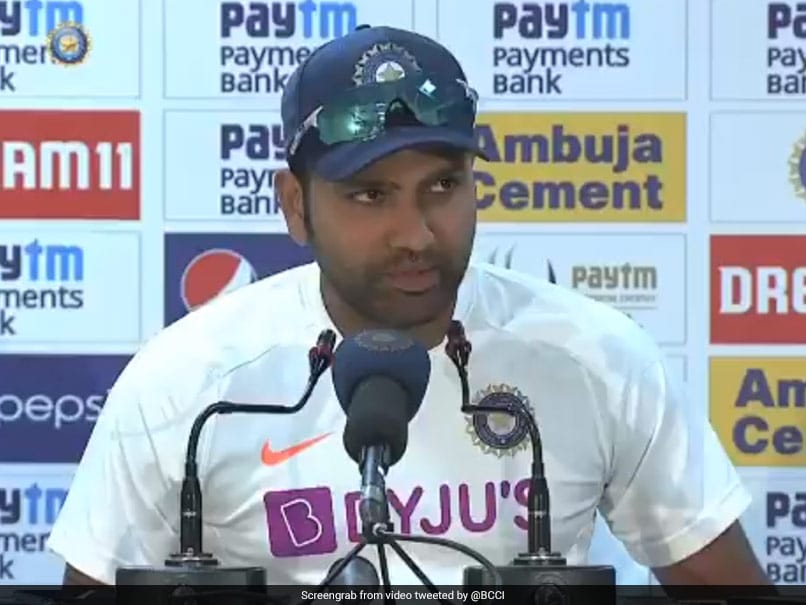 Rohit Sharma was in full flow during the Ranchi Test between India and South Africa and carried on the momentum to the press conference at the end of Day 2. Rohit Sharma grabbed the opportunity of opening as a Test batsman with both hands and delivered with two centuries and a double-century in the ongoing India vs South Africa series so far. The Mumbai batsman also did not give away the chance of taking a cheeky dig at reporters as he pointed out that, if he wouldn't have scored enough runs in the India vs South Africa Test series, the journalists would have got a lot to write about him.

Another classic from yet another Rohit Sharma press conference #TeamIndia #INDvSA @Paytm pic.twitter.com/XzZV9EpkxA

"For me it was like, whenever you get the opportunity, it was a good opportunity to bat on top of the order, otherwise there was a lot to happen," Rohit Sharma told reporters at the post match press conference on Day 2.

"I know, you guys write a lot about me, now you will write good things," he added.

The 32-year-old scored his maiden double century in the Ranchi Test. With his best-ever Test score of 212 runs he surpassed Don Bradman's record for the highest Test average at home after 10-plus innings.