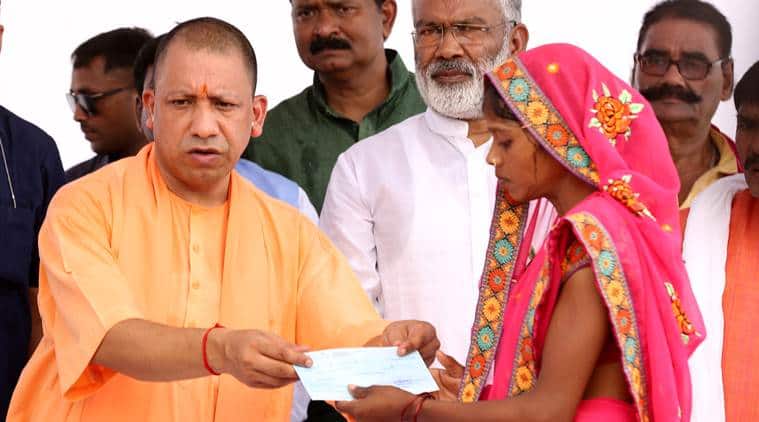 Uttar Pradesh Chief Minister Yogi Adityanath, who met the family members of the 10 people shot dead in Sonbhadra on Sunday, announced a compensation of Rs 18.5 lakh to the kin of deceased and Rs 2.5 lakh for the injured.

In the firing on July 17, triggered by a land row between members of the Gond and Gujjar communities, 10 people were killed and 23 injured. Gonds are classified as Dalits in this village.

“The government has ordered to suspend police personnel responsible. Today, I have ordered to provide compensation of Rs 18.5 lakh to the bereaved families of the deceased and Rs 2.5 lakh to the injured from CM Relief Fund under SC/ST provisions,” ANI quoted Adityanath as saying.

“In 1989, the land which belonged to a public trust was registered in the name of people linked with the trust. In 2017, the land was sold to some local people,” PTI quoted him as saying. Yogi also said that he has ordered an inquiry into all the wrongdoings since 1952 within 10 days. 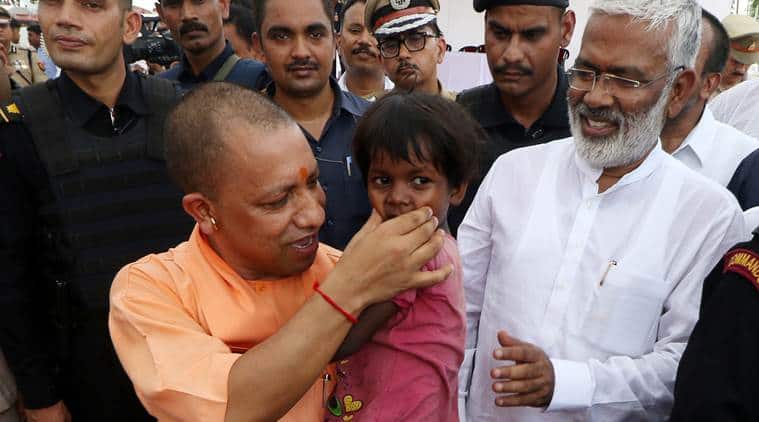 Targeting opposition parties, Adityanath alleged the agricultural land on which tribals used to practice traditional agriculture was registered “in the name of a Congress leader in a wrong way in 1955”. He also claimed that the village head Yagya Dutt and his brother were associated with the Samajwadi Party.

He also said that a police outpost will be opened at the spot of the crime and a fire station will be established in Ghorawal area.

However, Congress general secretary Priyanka Gandhi Vadra, who was stopped from meeting the victims’ kin on Friday, took a jibe at the CM saying “knowing one’s duty is good”. “I welcome UP Chief Minister Yogi Adityanath’s visit to Sonbhadra. It may be late, but standing with the affected people is the duty of the government. Knowing one’s duty is good,” Gandhi said in a tweet. 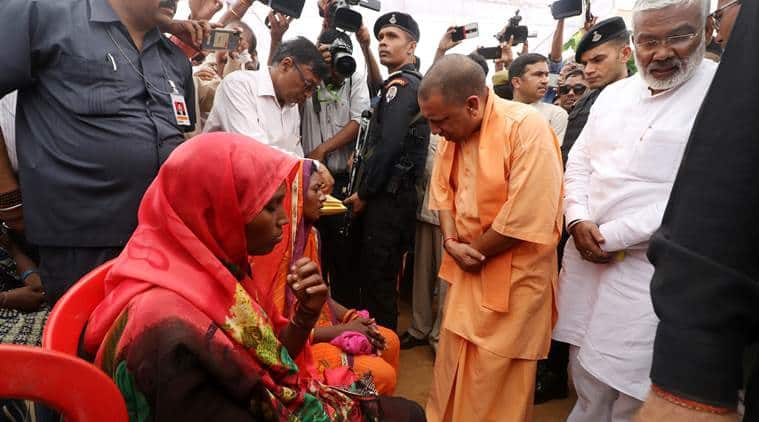 In another tweet, she added, “Umbha is awaiting justice since long time. Hope the affected people of Umbha will get justice and their five demands will be fulfilled.”

The UP government had on Friday suspended the area sub-divisional magistrate, police circle officer, SHO, beat sub-inspector and a constable for alleged laxity in the incident and formed two inquiry committees with the direction to submit reports within 10 days.

With land from locals, police outpost soon in Umbha village

Police have so far arrested 29 people and are searching for 17 others. “The prime accused, village pradhan Yagya Dutt, has been arrested. If needed, we will seek warrants against those missing,” said the SP.

On Friday, Priyanka Gandhi was taken into preventive custody and stopped from meeting the families of 10 Gond tribals. The clash had triggered a standoff with the BJP government in Uttar Pradesh.

Priyanka spent the night at the guest house in Mirzapur district where she was taken after she squatted on the road with her supporters. Priyanka headed back to Delhi after meeting family members of the victims who travelled to the Mirzapur guesthouse.

PlayStation 5 India launch: How to sign up for pre-order registrations

With Artemis mission, NASA aims to put first woman on the moon soon