"What Will Odd-Even Achieve?" Supreme Court Grills Delhi Over Pollution 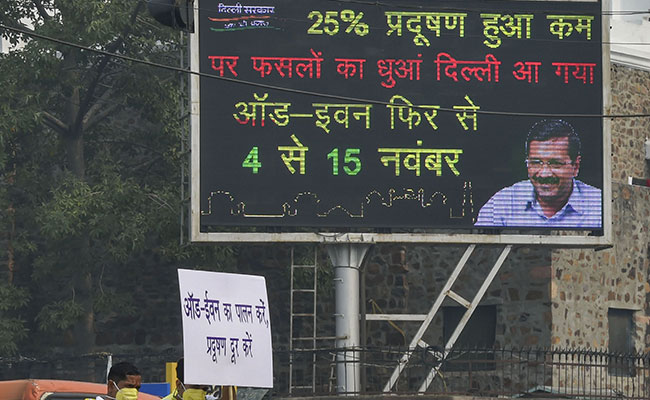 The odd-even road rationing scheme, which started today as part of the pollution control measures of the Delhi government, faced scrutiny of the Supreme Court today as the judges looked for a long-term plan to ensure clean air at the national capital. The court pulled up the Delhi government, questioning what has been achieved by the odd-even scheme and asked that government supply figures regarding the impact of the road rationing.

"What are you achieving by odd and even? Are you preventing running of taxis? Have you any figure on impact of odd and even?" the court asked. "People have to travel. You are not stopping travel. What do you achieve by stopping cars?" said Justices Arun Mishra and Deepak Gupta, who are hearing a plea by the pollution control body Environment Pollution Control Authority or EPCA on stubble burning in neighbouring states like Punjab and Haryana.

Critics of the scheme have pointed out that with two wheelers and diesel-spewing commercial vehicles not being under the odd-even plan, its impact is negligible.

"It has been argued that more use of two and three wheelers is causing more harm and no there's use in implementing odd-even," the court said.

The judges ordered the Delhi government to respond on stopping diesel vehicles and submit data on the difference between stopping four wheelers and using only two and three wheelers.

The court also stopped construction and demolition work across Delhi and tasked municipal authorities with ensuring that there is no violation. The entry of diesel vehicles and garbage burning was also banned in the national capital.