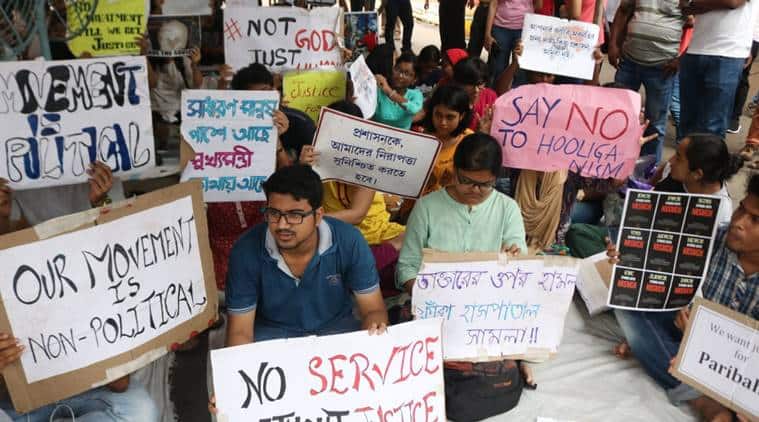 Junior doctors in West Bengal Saturday said they won’t attend the meeting called by Chief Minister Mamata Banerjee at the state secretariat in the evening. Instead, they demanded that she interacts with them at NRS Medical College and Hospital. The doctors in various hospitals across the state continue to protest calling for Banerjee’s direct intervention in the matter. They have also demanded a detailed statement from her office condemning the events that took place on June 10 and withdrawal of her remarks at the SSKM Hospital on June 13. Banerjee, on her visit to SSKM, had labelled the strike a BJP conspiracy and threatened action against the agitating doctors if they did not resume work.

In an attempt to solve the impasse between the state government and the junior doctors, five senior doctors met West Bengal Chief Minister at the state secretariat on Saturday. Banerjee then invited the protesting doctors to meet her. However, they turned down the offer.

Meanwhile, the resident doctors at AIIMS, New Delhi, called off their protest and returned to work Saturday morning. However, the AIIMS Association of Resident Doctors threatened to launch a stir for an indefinite period if the Bengal government failed to meet the demands of medical practitioners in the state within 48 hours.

Resident doctors in 14 hospitals in Delhi are on strike. Follow LIVE Updates here.