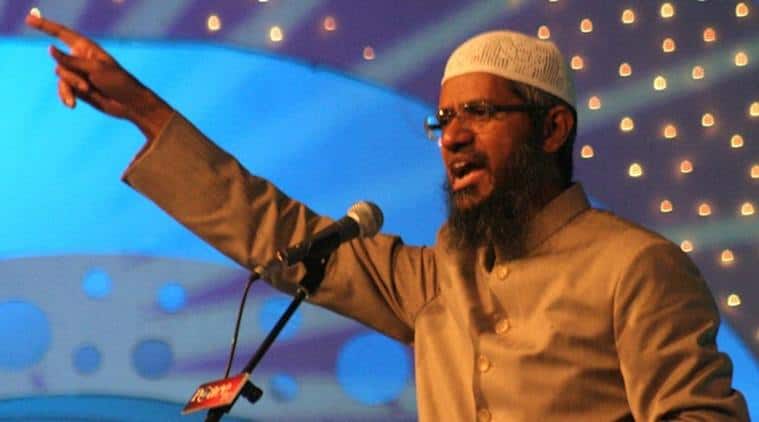 Speaking to the media on the completion of 100 days of Modi government, Jaishankar said Naik’s extradition issue had indeed come up during PM Modi’s meeting with his Malaysian counterpart at Vladivostok in Russia on September 5.

Jaishankar also said India had already placed a request with Malaysia for Naik’s extradition in January. “There is an extradition request for Zakir Naik. We want him back and that is what we are working towards,” the Foreign Minister said.

After PM Modi’s meeting with Mahathir on September 5, Foreign Secretary Vijay Gokhale had said that Modi raised the issue of Naik’s extradition with the Malaysian premier.

On Tuesday morning, Mahathir said PM Modi made no extradition request for the controversial Islamic televangelist despite official notice from New Delhi. “Not many countries want him. I met with Modi. He didn’t ask me for this man,” Mahathir told Malaysian radio station BFM 89.9 when asked about Naik’s extradition.

He also said that despite giving him permanent residence, Naik was not a Malaysian national. Mahathir also said Malaysia was looking for a place to send Naik after he made racially sensitive comments against Hindu and Chinese Malaysians recently.

“Well, he’s not a national of this country. He has been given, I think by the previous government, permanent residence status. A permanent resident isn’t supposed to make any comments on this country’s systems and politics. He has breached that. He is now not allowed to speak,” Mahathir said.

“We are trying to find someplace he can go to but at the moment, no one wants to accept him (Naik),” Mahathir further said.

Naik is wanted by Indian authorities since 2016 for alleged money laundering and inciting extremism through hate speeches. He has been banned from any public activities in the multi-ethnic country after his remarks against Malaysian Hindus and Chinese on August 8.

India had moved the Interpol to issue a Red Corner Notice against Naik, which was rejected in December 2017. On August 31, Home Minister Amit Shah had conveyed his disappointment with the agency over the delay in issuance of RCN against Naik.