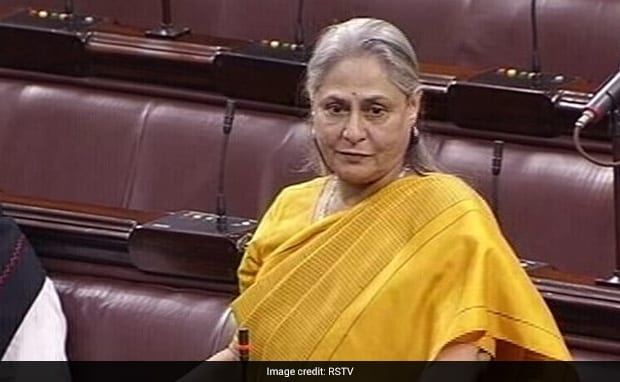 Samajwadi Party MP Jaya Bachchan on Thursday launched a sharp attack at the centre during a debate on pollution in Rajya Sabha. The senior leader, while demanding that an environmental emergency must be imposed amid a sharp rise in pollution levels in north India, claimed an "undeclared emergency" has already been imposed in the country.

"Environmental emergency...sir please do that...there is an undeclared emergency already, but we need to do this very seriously. Please declare this, and please penalise people and don't just blame farmers," she said in the House.

Ms Bachchan also took potshots at MPs who gave the debate a miss.

"The attendance in the House shows how seriously we are taking this issue. The participation is fantastic...for such a serious cause," Ms Bachchan said sarcastically, pointing at the empty benches in Rajya Sabha.

In the debate, Union Minister Prakash Javadekar said a comprehensive air plan for Delhi and surrounding areas has been developed to tackle pollution.

"In order to abate and control air pollution in Delhi NCR, we have undertaken several initiatives. A high-level task force was constituted under the chairmanship of the Principal Secretary to the Prime Minister. Regular review meetings have been held," he said.

A comprehensive air plan for Delhi-NCR has been developed identifying the timelines and implementing agencies for actions delineated. Centre has notified a graded response action plan for Delhi-NCR for different levels of pollution," he added.

After Diwali last month, pollution in Delhi has regularly hit hazardous levels, triggering health concerns among people. On Thursday, air quality in many places of the national capital remained in the severe zone.