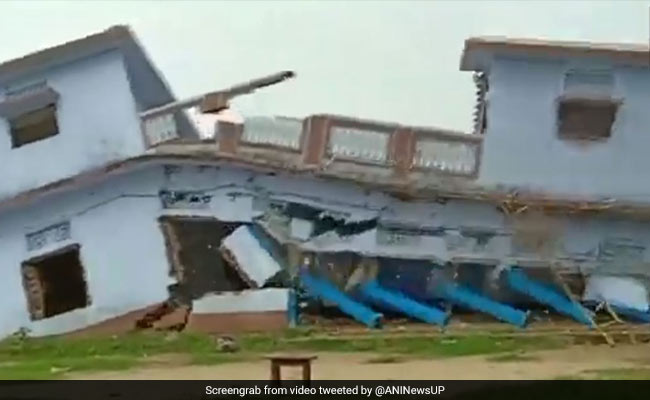 A two-storey house in Uttar Pradesh's Ballia collapses to the ground in seconds, in dramatic visuals that have emerged from the district's Keharpur village. The house reportedly collapsed after heavy and incessant rainfall in the district.

The house was situated near River Ganga and there have been no casualties, news agency ANI reported.

In another video from Ballia, a water tank collapses in the Ganga and is carried away by the river. A surge in the water level of the river has led to difficulties for people who live near the river bank.

The Indian Meteorological Department has predicted extremely heavy rainfall in some places in Uttar Pradesh.

In Prayagraj, continuous rainfall has led to flood-like situation where many houses on the bank of River Ganga have partially submerged in water.