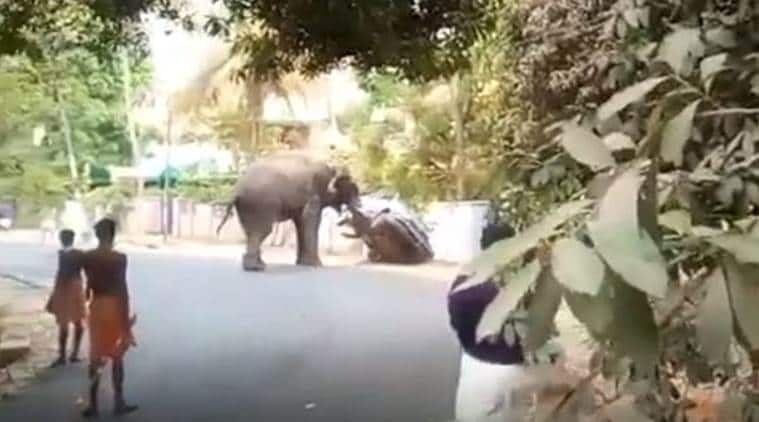 A tusker went on a rampage in Kuzhalmannam in Kerala’s Palakkad district on Thursday, videos of which are viral on social media. The elephant, which managed to break free after being brought for a temple festival, injured itself and its mahout in the incident, reported Mathrubhumi. No casualties were reported.

Several vehicles, two electric posts and a boundary wall were damaged by the elephant before its trainer was able to bring it under control with the help of an elephant squad.

Residents in the area have posted many videos of the elephant running wild and toppling cars. People are seen running after the elephant in a bid to stop it.