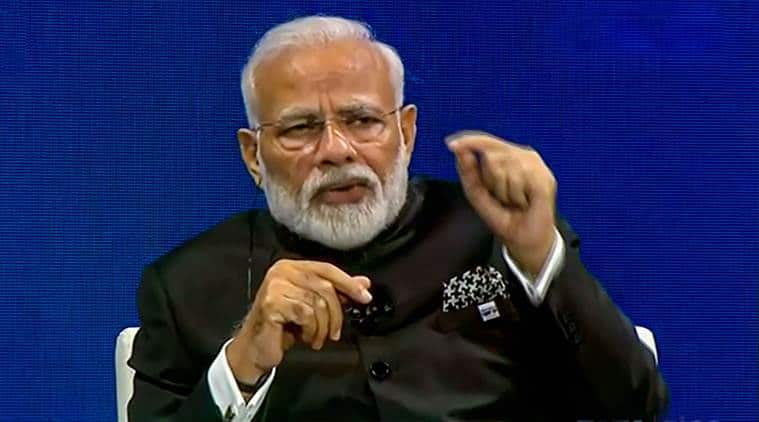 FOUR DAYS after it issued expulsion letters to six students over a dharna and a letter to Prime Minister Narendra Modi, citing the model code of conduct (MCC) for the Assembly elections, the Mahatma Gandhi Antarrashtriya Hindi Vishwavidyalaya (MGAHV) in Wardha revoked the expulsions on Sunday.

This comes a day after Wardha Collector Vivek Bhimanwar said the university had no authority to invoke the MCC.

The decision was taken at a meeting attended by Vice-Chancellor Rajneesh Shukla, Executive Registrar Kadar Nawaz Khan, deans of all the departments, proctor and five wardens of the hostel on Sunday. “In view of the technical contradiction in the letter dated October 9, and also to provide natural justice to students and researchers, the expulsion of the six students is being revoked,” the university said in a statement.

The Indian Express had reported on Saturday about the expulsion letters issued to the students on October 9, which said action was being taken against them for “violating the 2019 assembly election code and interfering in the judicial process” by organising a dharna.

The students had sent letters to Modi protesting against the Centre’s decision on Article 370 in Jammu and Kashmir, mob-lynching incidents, the alleged shielding of rape accused, the sale of PSUs, and stifling of  freedom of speech, as well as to mark BSP founder Kanshi Ram’s death anniversary. Of the six expelled, three are Dalit students and three OBC.

“The decision to revoke the expulsions was taken by taking into consideration the future of the students and to keep up the atmosphere of discipline and learning on the campus,” V-C Shukla said in a statement on Sunday. “In educational institutes, if we punish the students for their mistakes, then we also try to bring about improvement in them and make available maximum opportunities of education to them,” he said.

“After today’s meeting, it has been decided to constitute an inquiry committee to investigate the broad reasons of the (October 9) incident, to identify the persons participating in the incident, and to listen to the students concerned. The committee will have teachers and (university) officials representing all sections as members,” he said.

While the students have received “showcause” notices from Wardha Resident Deputy Collector, asking them to explain their stand on October 16, they were informed on Sunday that they would not have to offer any explanation. The notice is dated October 11, a day after the university officials wrote to Bhimanwar about the alleged violation of MCC.

“The notice was issued immediately after we received the letter from the university. We issue such letters as a standard operating procedure on receiving any complaint of alleged MCC violation by anyone. But we will immediately inform them not to come to give any explanation now,” said Bhimanwar,

Reacting to the university’s decision, Chandan Suraj and Rajneesh Kumar Ambedkar, two of the students, said: “It is a vindication of our stand that we have the right to express our opinion and take a stand on issues. It is a victory for all those who stood by us. But who will pay for the torment that we have undergone? We feel we were picked because we are from backward castes. The remaining four students are: Neeraj Kumar, Rajesh Sarthi, Pankaj Vela and Vaibhav Pimpalkar.