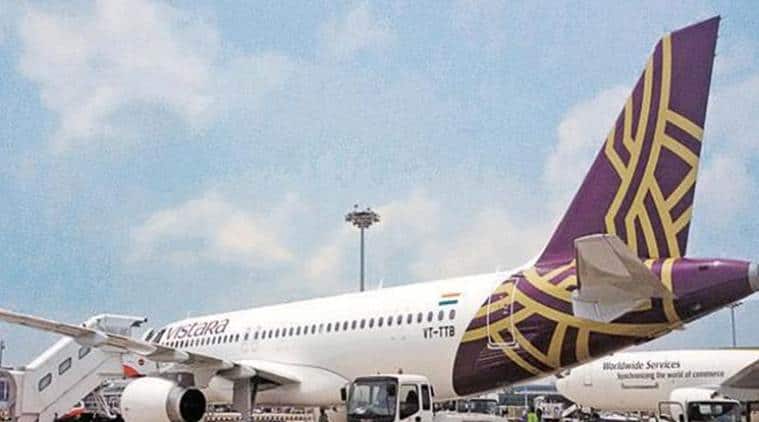 Increasing its flight network by more than 50 per cent, Vistara announced on Monday that it has added 62 new flights — connecting Mumbai and Delhi with other cities across the country — from the beginning of this month.

During the sale period, the passengers would be able to purchase tickets for travel between July 3 and September 26, the airline said.

All 62 new flights are operational as of June 18, said Vistara spokesperson.

With the addition of 62 new flights, Vistara will now operate direct flights from Mumbai to 10 cities, adding Ahmedabad, Chandigarh, Chennai and Varanasi to the six other cities it already flies to from India’s commercial capital.

“These (62) new flights represent an over 50 per cent increase in the size of the airline’s network, with 170 flights a day across 24 destinations operated by a fleet of 23 Airbus A320 and six Boeing 737-800NG aircraft,” the airline said.

Vistara will operate aircraft on some of the new routes in a different cabin configuration from its current Airbus A320 fleet.

The airline’s Boeing 737-800NG aircraft will operate in a two-class configuration of 12 business class and 156 economy seats.

“The new Airbus A320neo aircraft will operate in an all economy class configuration of 180 seats on select routes only for which the demand for premium cabins is lower,” the full-service carrier said.

The chief strategy and commercial officer of Vistara, Sanjiv Kapoor, said, “Our frequent fliers have often expressed their wish to see Vistara add more flights and frequencies from Mumbai and Delhi to key destinations, and we’re happy that we are now able to announce these new flights and additional frequencies.”

The Difference Between All-Purpose Flour and Cake Flour