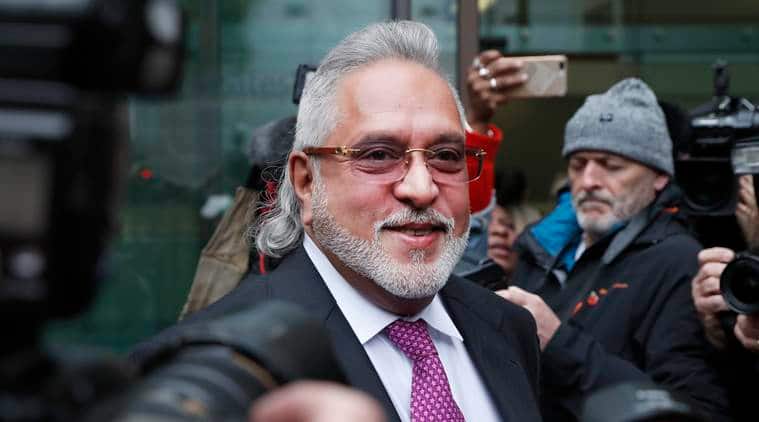 Making a sensational claim, embattled liquor baron Vijay Mallya Wednesday said that he had met Finance Minister Arun Jaitley and offered to settle his financial dues before leaving India. “I left because I had a scheduled meeting in Geneva. I met the finance minister before I left. Repeated my offer to settle with the banks. That’s the truth,” Mallya claimed while talking to reporters outside London’s Westminster Magistrates’ Court, which is hearing his extradition case.

Mallya is currently facing charges of fraud and money laundering to the tune of around Rs 9,000 crore in India. Earlier in the day, he said he had made a “comprehensive settlement” offer before the Karnataka High Court that will help in paying off all his dues.

#WATCH “I met the Finance Minister before I left, repeated my offer to settle with the banks”, says Vijay Mallya outside London’s Westminster Magistrates’ Court pic.twitter.com/5wvLYItPQf

Arun Jaitley was the Finance Minister in 2016 when Mallya left India. Responding to the charges, Jaitley said the Mallya’s statement is “factually false in as much as it does not reflect truth.”

“Since 2014, I have never given him any appointment to meet me and the question of his having met me does not arise. However, since he was a Member of Rajya Sabha and he occasionally attended the House, he misused that privilege on one occasion while I was walking out of the House to go to my room. He paced up to catch up with me and while walking uttered a sentence that ”I am making an offer of settlement,” Jaitley said on his Facebook page.

Pouncing on the BJP over Mallya’s claims, the Congress said the government must explain how Mallya was allowed to leave the country. Congress spokesperson Abhishek Singhvi said the country wants to know what transpired during the meetings between Mallya and Jaitley. “The government should now explain how and why he was allowed to leave and what transpired at those meetings. The nation wants to know,” he said.

The Congress added that Mallya’s comment he met Jaitley confirms its “assertion that government was fully complicit in flight of people like him and others.”

Q: Mr Mallya did somebody tip you off in Parliament… about people going after you.. about charges against you
This is the allegation.. that you were tipped off.. that you were allowed to leave the country.

A: I left because I had a scheduled meeting in Geneva… I met the finance minister before I left. Repeated my offer to settle with the banks. That’s the truth

Q: Why would somebody deny an offer to be paid, Mr Mallya? After all you were an MP and you were holding very high place in the Indian Parliament… why would anybody not accept your offer of payment…

A: It might interest you to know that the banks have filed objections in the court on my settlement applications.. you should ask them why they are not supporting me in my efforts to repay them. That’s the better way of looking at things.

Q: Could you tell us a little more about the meeting with the Finance Minister

A: Why should I be telling you?