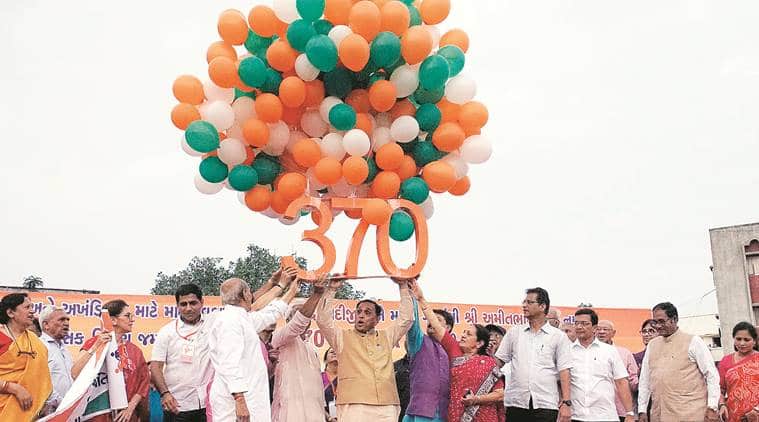 Students from MS University attended a Bharat Ekta rally Sunday after a WhatsApp message by the institution’s administration urged them to participate “for nation building” and “in support of the abolition of Article 370” by the government.

The message sent by the university to all students through WhatsApp groups read: “For nation building, University urges all staff and students of MSU to join Bharat Ekta March organised by Vadodara Citizen Committee in support of the abolition of Article 370 and 35A by GOI.”

When contacted by The Indian Express, MSU Registrar N K Ojha said: “We had sent out the message asking students and staff members to attend the rally to every student through their faculty. A message was circulated through WhatsApp.”

The university has a strength of over 40,000 students, including 30 from J&K. The rally was flagged off by Chief Minister Vijay Rupani.

“We had sent out messages at least twice to all registered students in the University. This was for a good cause and we had asked students and staff members to voluntarily join the rally. No one was forced,” said a University Syndicate member of the BJP.

Kapil Joshi, a member from the Congress, slammed the authorities’ move to send a message to the students. “There could have been a public notice that the event is being organised and those interested could have attended rather than a directive from the authorities,” he said.

Apart from MS University, students of various private universities were present at the rally, which was led by the Vadodara Kashmir Sabha, formed by Kashmiri Pandit families based in Vadodara.

Speaking at the rally, Rupani described the government’s decision on Article 370 as “historic”. “The citizens of Jammu and Kashmir were kept away from development for so many years. After the abrogation, many people including anti-nationals are unable to deal with it,” he said.