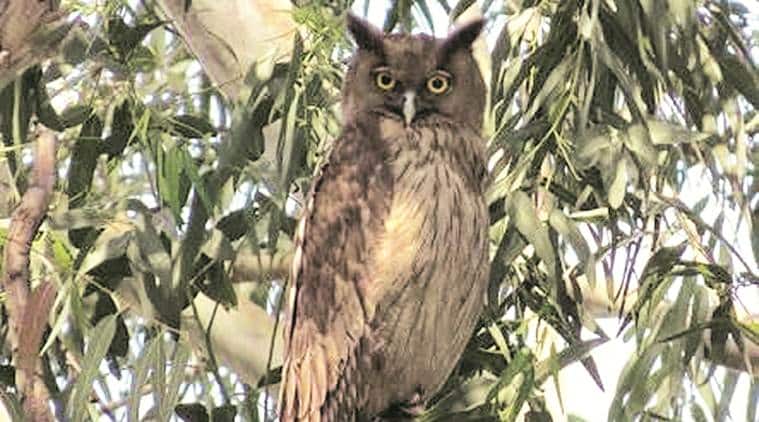 The Vadodara forest range officials detained 11 people from Panchmahals, Mahisagar and Sabarkantha districts for allegedly running a nexus of sacrificing Indian eagle owl over superstition of attaining wealth and prosperity.

An owl, turtle and a hedgehog have been rescued from their possession. “They have not been officially arrested yet. After their Covid-19 tests, we will seek their remand and question them further. As per data on their phones, there are videos of catching these protected animals but we cannot say for sure if they have sacrificed any,” Deputy Conservator of Forest, Vadodara range, WL Vaghela said.

“We had received a tip off regarding the rampant practice of sacrificing the owl in that belt. Almost five of the accused who were nabbed were already on our radar. So we formed a team of 22 and laid down the trap. We approached our first suspect from Kalol (Panchmahals) and asked him about the practice. Our officials acted as an occultist and a person in need of money. Our first suspect led us to the next and eventually we unearthed the entire network,” said Vaghela.

From Kalol the team was led to Santrampur in Mahisagar district where two persons were detained, who further connected them with two others from Kadana taluka of the same district. The team finally reached Idar in Sabarkantha where the accused provided the team with the owl for a sacrificial ceremony.

Indian eagle owls are a protected species and are listed under Appendix II of the Convention on International Trade in Endangered Species of Wild Flora and Fauna (CITES), which regulates the international trade of wildlife.

The turtle and hedgehogs are protected under Schedule I and IV of the Indian Wildlife (Protection) Act, 1972 respectively.

“No other animals were found from their possession apart from the three we have rescued. As per preliminary investigations, they got the animals from forest areas,” Vaghela said.

“Of late, superstitious practices have increased after an occultist, who has been arrested in connection with the case, informed the other accused about sacrificing the owl for financial gain. Most of the accused were out of work after the lockdown and fell prey to the superstition. We are also investigating if there are any more people involved in the racket apart from the 11,” Vaghela added.

A Forest Offence Report has been lodged against all the accused under various sections of the Indian Wildlife (Protection) Act, 1972.