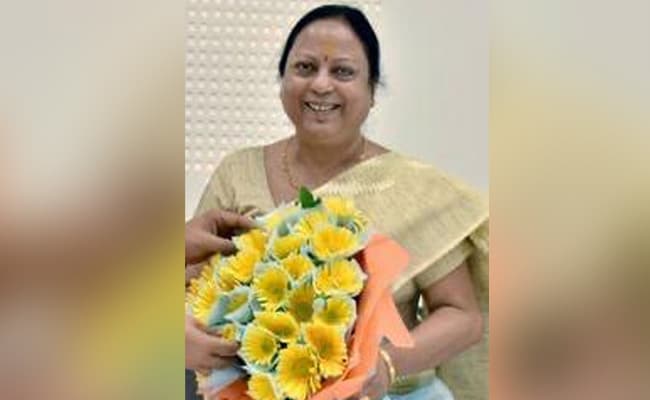 Uttar Pradesh minister Kamal Rani Varun, who had earlier tested positive for the novel coronavirus, died due to the infection in Lucknow this morning. She was 62.

Kamal Rani Devi died at 9:30 AM at Sanjay Gandhi Postgraduate Institute of Medical Sciences, the government said in a statement.

The minister was on oxygen and ventilator support for the last few days.

She was admitted to hospital on July 18 after she tested positive for the novel coronavirus.

"Cabinet Minister Kamla Rani was admitted to SGPGI after testing positive for COVID-19 on July 18. She also had comorbidities. She continued to deteriorate with hypotension & multiorgan dysfunction & succumbed to her illness today morning," Dr RK Dhiman, Director SGPGI, Lucknow, said.

President Ram Nath Kovind, in his condolence message, said that Kamal Rani Varun was well respected for serving people at the grassroots.

Saddened by the untimely demise of Smt Kamal Rani Varun, Cabinet Minister in the Uttar Pradesh Government. Well respected for serving people at the grassroots, she had also served as an MP in the Lok Sabha twice. My condolences to her family and followers.

"I express my deepest condolences to the family of Cabinet Minister Kamala Rani Varun. She was COVID-19 positive and was receiving treatment at SGPGI Hospital. She was a popular public leader and a social worker. She worked efficiently while being the part of the Cabinet," Chief Minister Yogi Adityanath said in his condolence message.

The chief minister has cancelled his scheduled visit to Ayodhya to oversee the preparations for the ground-breaking ceremony for building of the Ram temple there.

Uttar Pradesh Governor Anandiben Patel conveyed condolences to the family of State Cabinet Minister Kamal Rani Varun who passed away this morning due to COVID-19. "The sudden death of Kamal Rani is shocking. She was very active during her stint as Member of Parliament in the 11th and 12th Lok Sabha. I express my deepest condolences to her family in this time of grief," Anandiben Patel said in a statement.

Former chief minister Mayawati also posted a condolence message on Twitter. "The news of Uttar Pradesh Technical Education Minister Kamal Rani's death due to corona infection today is very sad and also very worrying. In view of this sad death, both the Center and the State Government need to be very serious in the matter of prevention of the rising outbreak of Corona epidemic in UP," tweeted the BSP chief in Hindi.

The COVID-19 situation is grim in Uttar Pradesh, where 1,677 people have lost their lives due to the virus. With over 100 deaths, state capital Lucknow is among the worst-affected; it is only behind Kanpur (202 deaths) and Meerut (108) in the number of fatalities in the state.