Unlock4: Metros Can Resume, No Lockdowns Outside Containment Zones 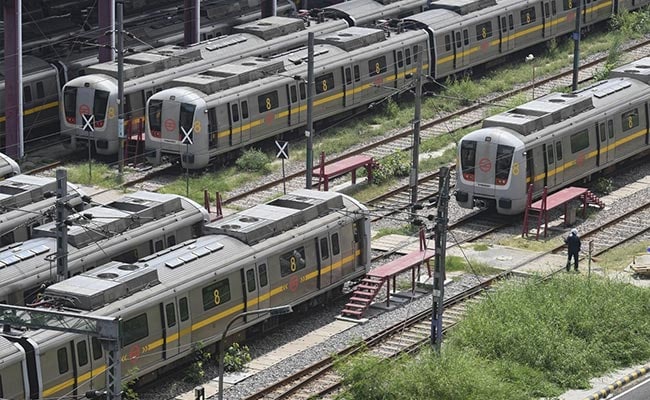 Unlock 4: Metro trains to operate from September 7 in a graded manner

Metro train services can resume in a phased manner from September 7 and lockdowns can't be imposed outside containment zones, the central government said on Saturday as it announced new steps to ease COVID-19 restrictions as part of the fourth phase of unlocking.

Social, political, academic, sports, religious and other functions will be allowed with a limit of 100 people as part of the new rules from September 21. Schools, colleges, swimming pools and indoor theatres will remain closed. This phase, called "Unlock 4", will be in effect till September 30.

Confirming that it will restart services, the Delhi Metro Rail Corporation said, "As per the latest guidelines issued by the Ministry of Home Affairs under Unlock 4, the Delhi Metro will be resuming its services for public from 7th September 2020 onwards in a caliberated manner."

"Further details on the Metro functioning and its usage by the general public will be shared once the detailed SOP (Standard Operating Procedure) on metros is issued by the Ministry of Housing and Urban Affairs in next few days," it added.

The last set of guidelines for Unlock 3 that came on July 30 ended night curfew and allowed the opening of gyms and yoga institutes that are not in containment zones. Restrictions remained in place in all other areas that involve large gatherings - be it educational institutions, public parks or cinema halls.

Coronavirus cases have been rising steadily across India, at around 70,000 new infections every day, with the total number of cases crossing 34 lakh behind the United States and Brazil. More than 62,000 people have died in the country so far.

The country has been recording the world's highest daily spike in coronavirus figures since early this month. Over the last four days, there was been an uptick in the number of daily new cases, the positivity rate and the "R" or reproduction rate - the measure of how many people are infected by one infected person.