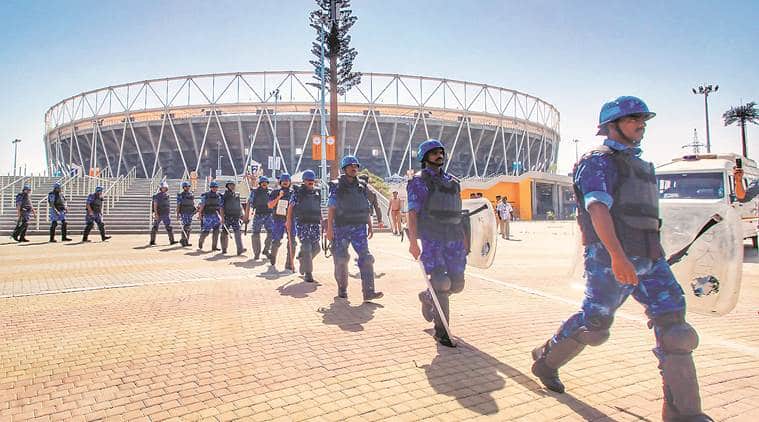 A reception committee headed by Ahmedabad Mayor Bijal Patel has been formed to look after various aspects of US President Donald Trump’s visit here on February 24, Chief Minister Vijay Rupani said on Friday.

Rupani told reporters that Donald Trump Nagrik Abhivadan Samiti has been given the task for Trump’s welcome and preparations regarding the visit.

“Today, a swagat samiti (committee) under the chairmanship of city mayor has been formed. It also has two Members of Parliament, some Padma awardees and also prominent citizens. The committee has been given the task for Trump’s welcome and preparations regarding it (visit),” Rupani said when asked if he was aware about such a samiti.

BJP MP from Ahmedabad (West) Kirit Solanki told The Indian Express that there were 10 members in the samiti, of whom he was one, but he claimed to know nothing else.

Solanki said, “I got a call today (Friday) that I am one of the members of the Donald Trump Abhivadan Samiti. There are 10 members in the committee and Ahmedabad Mayor Bijal Patel is its chairperson.”

Solanki, however, evaded questions about the caller who informed him about his inclusion in the committee.

Gujarat Chamber of Commerce and Industry (GCCI) president Durgesh Buch also claimed to have got a similar call.

“I got a phone call today about the constitution of the committee but I do not have any official email or intimation. Because of disturbance in the mobile network, I could not get the name of the officer,” Buch said. He said the call could have either “originated from the Ahmedabad Municipal Corporation (AMC) or the General Administration Department (GAD) of the state government”.

When asked about his role in the committee, Buch said, “It will be intimated later. But the basic idea is to be part of a felicitation or offering greetings on behalf of the citizens (to the US President). In such events, the committee will logically be presided over by the Mayor of the city, though I do not know the details,” he added.