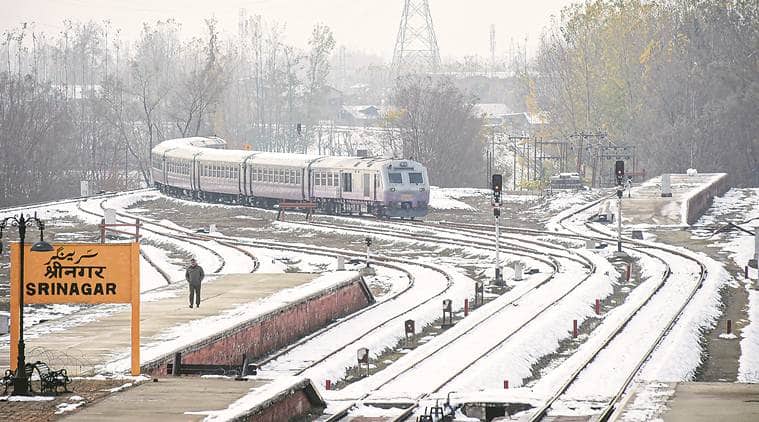 Train services were partially restored in the Valley on Tuesday, more than three months after they were suspended following the abrogation of Article 370 in Jammu and Kashmir on August 5.

Officials said that on the Banihal- Baramulla line, train services between Srinagar and Baramulla were restored from Tuesday, while the decision about restoring train services from Srinagar to Banihal would be taken soon.

A senior railway official told The Indian Express that the services remained smooth on day one of the operations. “Some boys had gathered near the Mazhama area in Budgam district. The GRP officials were informed and the boys were dispersed from the area and the train then plied normally,” the official said. “The footfall was not much today.but the number of passengers would increase as people would know that train services have resumed,” the official added.

The next challenge for officials will be to restore train services between Srinagar and Banihal, as the train will pass through areas in south Kashmir.

“We are expecting to go for a trial run on the Srinagar- Banihal stretch likely from next week. If it remains peaceful, only then will a trial run be done,” said a railway official.