'Today, you are going to commit a big mistake,' Congress warned BJP on CAB bill 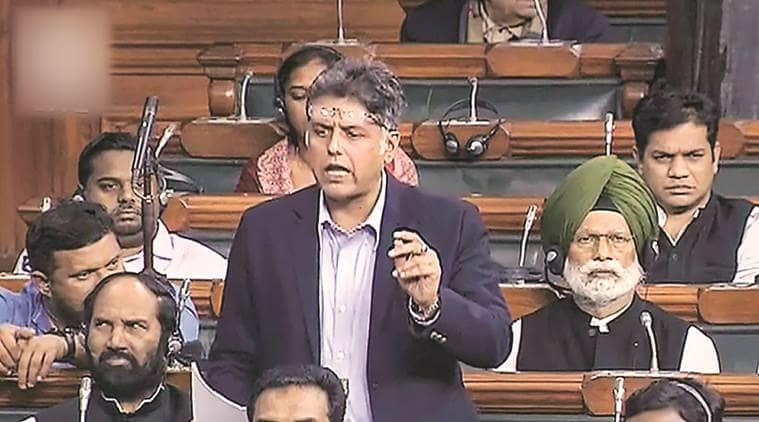 Arguing that the Citizenship (Amendment) Bill goes against the basic structure of Constitution and violates right to equality and prohibition of discrimination on grounds of religion, race, caste, sex or place of birth enshrined in the Constitution, the Congress warned the government that it was committing a “big mistake”, the repercussions of which will have to be faced by future generations.

The party said the Bill is unconstitutional and discriminatory. Opposing the Bill in Lok Sabha, Manish Tewari, who spearheaded the party’s charge, said: “The ruling side knows why this legislation is being brought. We also know why they have come up with this legislation; the people also know…. I just want to warn the government that itihaas ki aankhon ne woh falak bi dekhe hain, lamhon ne galti ki aur sadiyon ne saza payi hain…. Today you are going to commit a big mistake.”

The party’s leader in Lok Sabha, Adhir Ranjan Chowdhury, said BJP will try to spread the word that the Congress has taken a stand against Hindus. “We have not come to oppose Hindus. I am not standing here to oppose Hindus. We are not opposing your effort to give shelter to persecuted people. Our opposition is that the criteria you have made is religion…which is an attack on the Constitution. We have no other opposition.”

The Congress also hit back at Home Minister Amit Shah, who held the opposition party responsible for partition of the country on religions lines. Tewari said the foundation for two-nation theory was not laid by the Congress but by V D Savarkar at the Ahmedabad session of Hindu Mahasabha in 1935. Tewari said the CAB violates Article 14 (equality before law), Article 15 (prohibition of discrimination on grounds of religion, race, caste, sex or place of birth), Article 21 (protection of life and personal liberty), and Articles 25 and 26.

Chowdhury said the facts presented to the JPC, which looked into the Bill, was that the number of persecuted people are around 31,330, of whom there are 25,447 Hindus, 5,807 Sikhs, 56 Christians, and two Buddhists and Parsis each. “You are making much ado about nothing.”