Tipped to be Jammu and Kashmir's First L-G, Satya Pal Malik Hits Out Over His 'Weak' Position 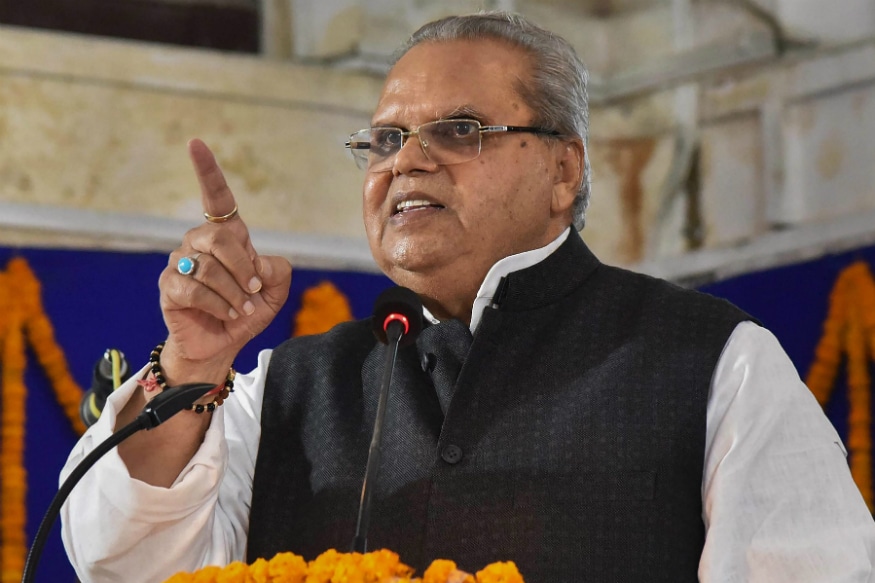 Incumbent Governor of Jammu and Kashmir Satya Pal Malik has been tipped to be appointed as the new Lieutenant Governor once the state is formally classified as a Union Territory on October 31.

Government sources told News18 that while other names have also been considered for the top post, Malik is the clear front-runner and the final decision will be made soon. The government, they said, feels that Malik is the best available choice as he understands the present scenario well and has been steering the state for well over a year now.

On Tuesday, Malik, however, made a controversial statement that may put his chances in jeopardy. He said the position of a Governor in the country is very weak as he does not have the right to hold a press conference or talk his heart out.

"Governor is a weak entity. He does not have the right to hold a press conference or talk his heart out. I remain apprehensive for almost three days hoping that my words have not annoyed anyone in Delhi," Malik said, addressing the seventh convocation of the Mata Vaishno Devi University in Katra town of Reasi district.

The state was divided into two union territories – Jammu and Kashmir and Ladakh – when the government stripped it of its special status and the reorganisation act will come into effect on October 31. The swearing-in ceremony of the new L-G is likely to take place on the same date.

Officials said it was still under government’s consideration whether any of the five advisors to Governor would be retained or not.

Once J&K becomes a UT, the Centre will be in direct control of law and order and police through the L-G, while land will be a subject under the elected government there. Land -- the rights in or over it - will be with the elected government of the Union Territory of Jammu and Kashmir, unlike in Delhi where the L-G exercises control.

ISL 2019-20 Live Streaming: When and Where to Watch ATK vs FC Goa Telecast, Prediction