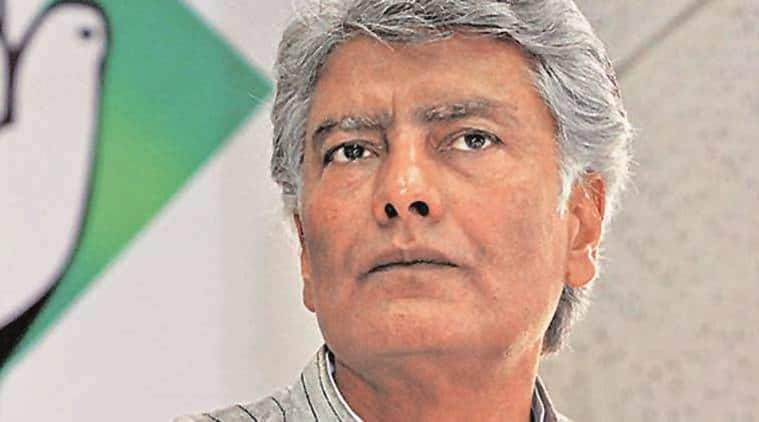 More than three months after Sunil Jakhar resigned as chief of its Punjab unit following his defeat in the Lok Sabha elections, the Congress Saturday rejected his resignation and asked him to continue steering the party with his “astute leadership”.

The decision comes ahead of bypolls to four Assembly seats due anytime soon. The state Congress committee has called a meeting of all the MLAs on September 17, to be addressed by Jakhar.

In a statement, the Congress said that “taking note of the good work done” by him as the state party chief, the “Congress high command has rejected the resignation of Sunil Jakhar as president of Punjab Pradesh Congress Committee (PPCC)”.

Chief Minister Capt Amarinder Singh welcomed the decision, terming it in the interest of the party as “Jakhar is a seasoned grassroots leader in Punjab, where he has done immense work on the ground and built a strong party cadre”.

The CM’s reaction came after Congress in-charge of Punjab affairs Asha Kumari, in a letter, asked Jakhar to continue steering the party with his able guidance and astute leadership. “You have submitted your resignation as president, Punjab PCC. Congress party does not accept your resignation and you are expected to carry on the good work as usual,” the letter issued by Asha Kumari said.

The Punjab Congress rank and file “has always drawn inspiration and confidence from your informed and compulsive style of leadership,” Asha Kumari said, adding that “Congress and its leaders would keep raising their voice against the tyrannical policies of the oppressive Modi regime. “

Underlining the need to further strengthen the party cadre at the grassroots, she asked Jakhar to be “the voice of the party, as he had been in the past”, in taking the “liberal and secular credentials of the grand old party to each and every doorstep”.

Jakhar had met AICC interim president Sonia Gandhi a few days ago in Delhi. It was learnt that Sonia asked Jakhar, who had been staying away from political activities in Punjab, to continue working as PCC chief. Jakhar, however, had not got active even after meeting Sonia.

The senior leader had resigned as PPCC president, a day after Lok Sabha results on May 23. He had lost to BJP candidate and Bollywood actor Sunny Deol from Gurdaspur Lok Sabha constituency. Accepting moral responsibility of the defeat, he had put in his papers.

The Congress statement said that the CM had, even then, termed the resignation offer as “totally unnecessary”, given the “impressive performance of the party in the state”. Amarinder had then said that there was absolutely no reason for Jakhar to quit. Other state Congress presidents had quit taking responsibility for the poor performance of the party in their respective states, he had said, contrasting their case with that of Jakhar, under whose leadership the Punjab Congress had defied all electoral trends at the national level and that of the majority of the states.

“Had he discussed the matter with me I would have categorically advised him against quitting as Punjab Pradesh Congress Committee (PPCC) president,” Amarinder had then said, adding that Jakhar had led PPCC to a ‘great showing’ despite the pro-BJP wave and the state Congress needed him to further strengthen the party’s standing in Punjab

Congress had won 10 of the 13 Lok Sabha seats in Punjab.