"This Is Real 56-Inch Chest...": Telangana Minister On Killing Of Accused 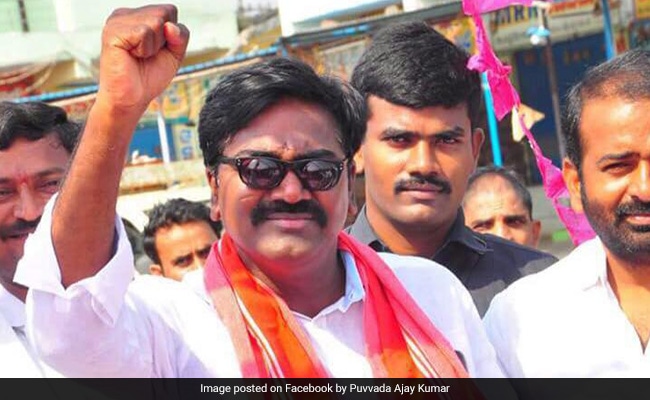 The minister said killings of the accused in an encounter will give peace to the victim.

Praising Telangana police for killing all the four accused in the woman veterinarian's gang-rape and murder case, Telangana's Transport Minister P Ajay Kumar said the state has shown that it is a role model in ensuring speedy justice.

Ten days after the brutal gang-rape and murder of a young veterinarian near Hyderabad, the police on Friday shot dead all the four accused in an alleged 'encounter' near Shadnagar town in Telangana's Ranga Reddy district.

"Telangana is a role model in all respects and it has shown it is a role model even in this matter (ensuring speedy justice). Every citizen is proud of this," he told reporters.

The minister said the killings of the accused in an encounter will give peace to the victim.

"We have shown that if somebody casts evil eye on our daughters, we will gouge out his eyes," the minister told the media.

Stating that the state government always gave priority to women's security, Ajay Kumar said, "Due to the inhuman act of these four, the state had got bad name for last one week, but with the encounter this has been set right."

The minister also stated that he regretted not becoming a police officer. "This is the real 56-inch chest and not what some people in Delhi say," he remarked.

Telangana Rashtra Samithi (TRS) Parliamentary party leader K. Keshav Rao, however, said he that would have been happy if the accused were tried and punished by a court of law.

He, however, said the police did not deliberately kill the accused but opened fire when they snatched weapons and tried to escape.

Bharatiya Janata Party's lone MLA in Telangana, Raja Singh, hailed the 'encounter'. He said he salutes the police for getting rid of the rapists.

Communist Party of India (CPI) state secretary Chada Venkat Reddy said that 'encounter' is not a solution to crimes against women and called for changes in the relevant legislations and the system.