The woman’s family has now approached the police with a complaint against her husband and in-laws. (Express photo)

A woman allegedly set herself and her two children ablaze at their residence in Kollapur town, Telangana’s Nagarkurnool district, Saturday.

According to the police, while the woman and the younger child, (2), were found charred to death on the terrace of the house, the older child, (4), succumbed to injuries while being shifted to a nearby hospital. The incident reportedly took place around 11 am.

Officers said the suspected suicide bid came to light after passersby entered the house on noticing thick smoke billowing from the terrace. 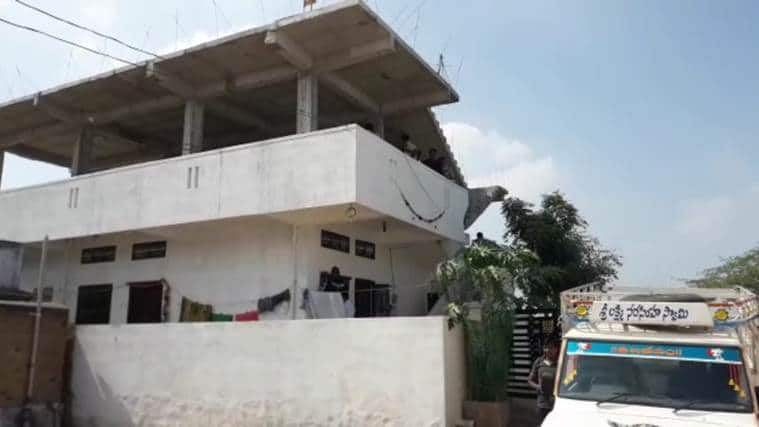 The first floor of the house, where the incident took place, is only half-built. (Express photo)

The woman’s family has now approached the police with a complaint against her husband and in-laws.

“We have received a complaint from the victim’s parents, alleging harassment that led to the death of their daughter and grandchildren. We are investigating the allegations against the victim’s husband and in-laws,” K Apoorva Rao, in-charge Superintendent of Police, Nagarkurnool district, told indianexpress.com.

The couple had been married for a few years and were living with the husband’s parents. The first floor of the house, where the incident took place, is partially constructed. At the time of the incident, the woman’s husband and in-laws were not at home.