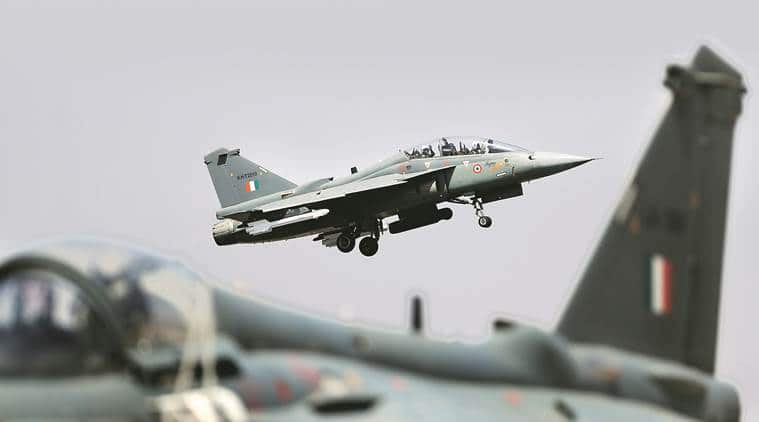 In a major achievement for indigenously built fighter planes, Tejas Light Combat Aircraft (LCA) on Friday succeeded in the first “arrested landing” test in the country. The test, held for the Navy’s planes at a shore-based site, is a significant milestone ahead of landing such planes on an aircraft carrier.

The “first ever arrested landing of LCA (Navy) at the shore-based test facility, INS Hansa, Goa, took place which will pave the way for this indigenous platform to undertake Aircraft Carrier landing demonstration on board the Indian Naval Aircraft Carrier, Vikramaditya,” the Defence Ministry said in a statement.

The tests were held on Friday morning at INS Hansa, the naval air station in Goa. A similar test had failed last year.

Calling it a “textbook arrested landing” test, the ministry stated it “heralds and displays the professional prowess of our scientific community Aeronautical Devel-opment Agency (ADA)”, which is under the aegis of the Defence Research and Development Organisation (DRDO).

The successful test “marks the start of a new era where multiple agencies have come together to achieve a common goal”, the ministry stated. It has “put India on the world map as a nation with the capability to design a deck landing aircraft”, it added, and mentioned that Defence Minister Rajnath Singh congratulated ADA, Hindu-stan Aeronautics Limited, DRDO, and Indian Navy for this feat.

Explaining importance of the test, sources in DRDO said that compared to nearly 1,000 metres for landing on land, an LCA such as Tejas has only 100 metres for an arrested landing. Similarly, on an aircraft carrier, the take-off space is decreased 100 metres — down from 200 metres on land.

Although it is an important step, there is still a long process before the aircraft can be tested for landing on an aircraft carrier, officials said.

Nod for acquisition of military hardware worth Rs 2,000 cr

The Defence Acquisition Council, headed by Defence Minister Rajnath Singh, on Friday accorded approval for procurement of weapons and military platforms amounting to around Rs 2,000 crore. The Council gave the nod for indigenous development and production of main gun 125-mm Armour Piercing Fin Stabilised Discarding-Sabot ammunition for T-72/T-90 tanks. It also approved procurement of Mechanical Mine Layer (Self-Propelled), developed by DRDO and the Indian industry.