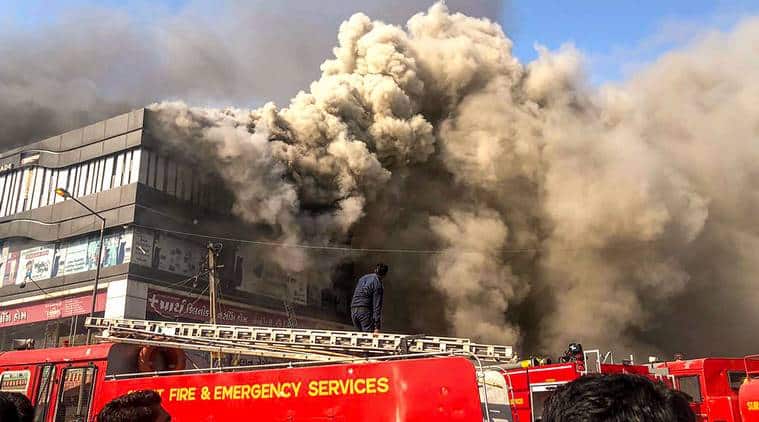 The State government has replaced District Government Pleader of Surat Nayan Sukhadwala with Special Public Prosecutor Prafulsinh Parmar of Bharuch, in the case of the Takshashila Arcade fire in which 22 students died.

A major fire broke out on the rooftop of Takshashila Arcade complex at Sarthana, in Surat on May 24, in which 22 students of coaching centres being run on illegal structures constructed on the top floor died.

The court had till now given bail to one of the arrested builders identified as Jignesh Padghar, while 10 others are still in judicial custody. The bail applications of all the arrested persons were once rejected by Surat district Court.

The Surat police had also submitted a chargesheet into the incident.

SMC Engineer Himanshu Gajjar, who is still absconding in the case, had filed an anticipatory bail application with the Surat district court, while another accused Dipak Naik, Engineer of DGVCL, also filed a bail application with the court. Advocate Ketan Reshamwala appeared in both the bail applications from defence side and put forward his reasons for granting bail. However on Friday, a letter from the State government reached Surat government pleader Nayan Sukhadwala’s office, in which it was mentioned that Special public prosecutor Prafulsinh Parmar of Bharuch court had been appointed in his place.

Sukhadwala then intimated this to the Surat district court, saying Parmar will deal with the case proceeding.

Sukhadwala had said he was shocked by the government’s decision but “would accept it”.

On Saturday, Parmar requested the court for time to study the case, upon which the next hearing of the bail petition of Gajjar and Naik have been posted to September 9.