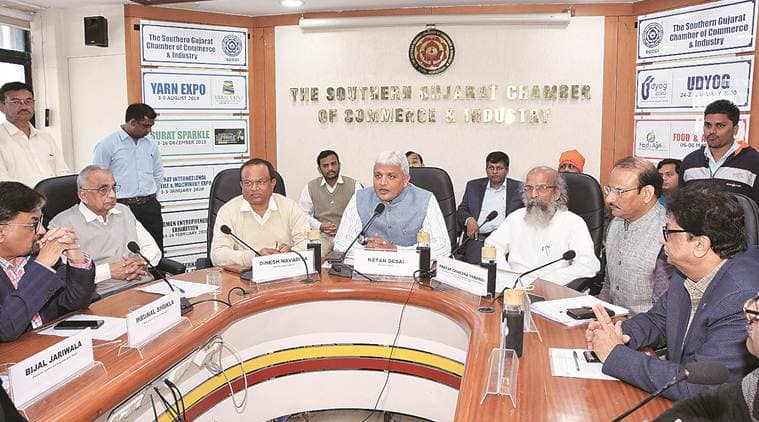 Union Minister of State for Micro, Small and Medium Enterprises (MSME) and Animal husbandry, Dairying and Fisheries, Pratap Chandra Sarangi, on Saturday said the Citizenship Amendment Act (CAA) has been implemented as repentance for the past “sins by some of our elected leaders”.

Speaking at an interactive session at the Southern Gujarat Chamber of Commerce and industry (SGCCI) in Surat, Sarangi said, “CAA should have been implemented 70 years ago. It is in repentance for the sins committed by our ancestors and some of our elected leaders.”

“Partition of our country was not done on the bases of political, geographical, and economical background but on the basis of religion. We have never said that we will not stay with Muslims… we have been staying together for thousands of years. Who thought about the two-nation theory and who said to compromise? Who told Nehru to make a deal on these arguments? This country is not anybody’s personal land that it can be broken anywhere. This country is ours,” he added.

On the target of 5-trillion-dollar economy by 2024 announced by PM, he said, “We are living in the darkest night before dawn. The dawn is not too far… Our country is achieving new heights of development. MSME, animal husbandry and agriculture have got a new life… There is an endless possibility in the growth of our trade and commerce globally. Our products are been marketed globally… We will move ahead and achieve our target through hard work and dedication.”

Calling on youths to take up business, the Union Minister said, “It is not good that our youths are going abroad for jobs, they should do business instead of doing jobs.” He also invited industrialists to invest in Odisha.

Stressing on the importance of MSME sector, Sarangi said, “MSME has an important role in the economic development of the country. Our government is taking all efforts to make India a 5-trillion-dollar economy… The government is planning to make a world class platform for technology upgradation in MSME sector, for which a portal has been made. Technology centres will be developed at various places in the country at a cost of Rs 200 crore. We have fixed target to double the exports and GDP, for which the government is working with all the departments.”