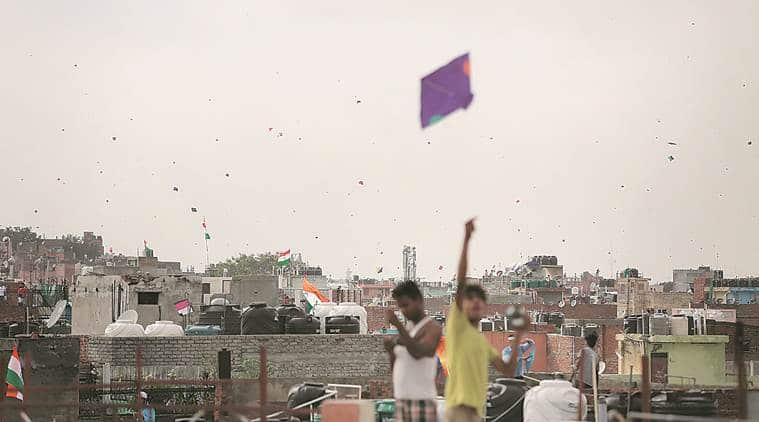 In view of the Uttarayan festival, Nursing Association of the New Civil Hospital has started a helpline for injuries to persons and birds due to kite strings. (Representational Image)

A day before the Uttarayan festival, four persons, including two minors, were injured in kite-flying related incidents in Surat on Monday.

According to police, in the first incident, Shaikh Imam (11), a resident of Ramnagar area in Limbayat, left his house in the morning to play with his friends. Imam, Class 6 student of the municipal school at Maruti, went to his friend’s house and both of them were playing near Udhna Railway yard when he saw a kite below a goods train that was stationed on the tracks. The boy went to pick it up when the train started moving, crushing his legs. The boy’s left leg was severed from the knee and right leg was seriously injured.

Other children shouted for help and Imam was rushed to New Civil Hospital where doctors carried out surgery on his right leg. However, the boy lost his left leg. Limbayat police who reached the hospital took statements of the children who were playing with Imam. The boy’s condition is critical, according to doctors of the New Civil Hospital.

In the second incident, Umedgiri Goswami (62), a priest of Lord Hanuman temple in Katargam and a resident of Chhaprabhata area, was on his way home on his bike Sunday evening when he was injured by a kite string. The string slashed his throat and he fell down on Amroli Katargam bridge. Passersby rushed Goswami to SMIMER hospital where doctors put eight stitches to fix the injury. His condition is stable, doctors said.

In the third incident, Mukesh Das (35), a resident of Harinagar in Udhna area, was injured by kite string while he was riding his bike in Dindoli area. He was taken to hospital and was let off after primary treatment.

In fourth incident, Kishan Jograna (8), a resident of Sahjanand Society on LH Road in Varachha, was flying kite when he fell from the terrace of a two-storey building. He suffered multiple fractures and underwent a surgery at SMIMER Hospital. Kishan is out of danger, doctors said.

In view of the Uttarayan festival, Nursing Association of the New Civil Hospital has started a helpline for injuries to persons and birds due to kite strings. Nursing Association president, Ikbal Kadiwala, said, “Our teams will rescue the bird and hand it over to forest department officials after treatment. Similarly, our ambulance services will operate from today (Monday) till January 15 and attend to persons injured by kite strings at free of cost. We have made all arrangements in the hospital. Our helpline numbers are: 9825596892, 9925504766, 99009927924.”