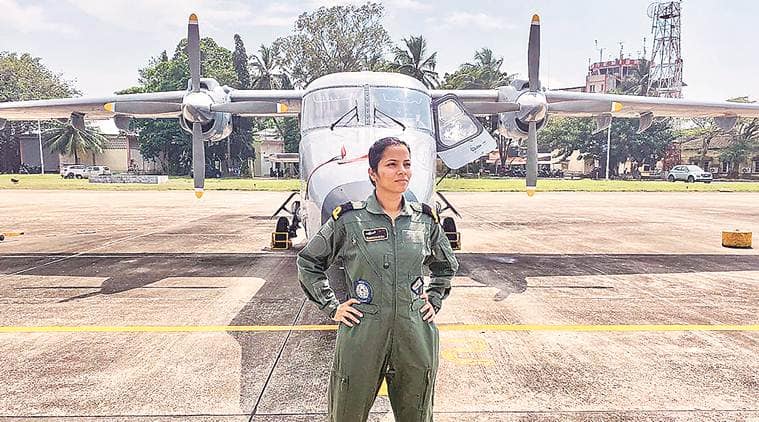 Sub Lieutenant Shivangi on Monday became the first woman pilot in the Indian Navy after she successfully graduated from her course.

SLt Shivangi, who hails from Muzaffarpur, was inducted into the Indian Navy under the Short Service Commission-Pilot entry scheme and was part of the 27th Naval orientation course (NOC) Course at the Indian Naval Academy in Ezhimala, Kerala.

Commissioned in June 2018, she will continue her training at the Indian Naval Air Squadron (INAS) 550 — the Dornier squadron at INS Garuda — to become a fully operational pilot on Maritime Reconnaissance (MR) aircraft.

“Sub Lieutenant (SLt) Shivangi created history as the first woman pilot of the Indian Navy, on successful graduation from the course,” the Navy said in a statement.

She was one of the three officers of the 7th Dornier Conversion Course (DOCC) who qualified as pilots and got their golden ‘Wings’ at a ceremony held at INS Garuda on Monday.

The three officers completed a year of flying training at the Air Force Academy (AFA) in Dundigal and the INAS 550. They will will join the ‘Dornier Operational Flying Training’ course at INAS 550 from mid-January 2020, prior to joining an operational Maritime Reconnaissance squadron.