Students On Warpath As BHU Appoints Muslim Professor For Sanskrit 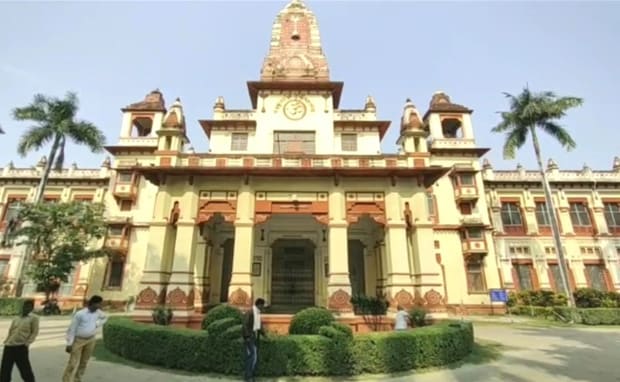 A student-enforced lockout at the "Sahitya" or the literature wing of the Sanskrit Vidya Dharm Vijnan, a unit of the prestigious Banaras Hindu University has been continuing for nearly two weeks, with the controversy over the appointment of Firoz Khan as an assistant professor refusing to die down.

For 12 days, a group of 30-odd students of Sanskrit literature have been sitting outside the office of BHU Vice-Chancellor Rakesh Bhatnagar, demanding that Professor Khan's appointment be cancelled and a fresh recruitment be made.

Outside his office, students have been reciting hymns and even carried out a yagna, saying they would not budge till their demands are met.

"I think the media is distorting it. We are not fighting against someone from any particular religion but we are aghast that things are not happening according to tradition," said Krishan Kumar, one of the protesters.

Emphasising that they are against the professor's appoint to this particular unit of the university, he said, "This is not a normal department. It is the Sanskrit-Vidya-Dharma-Vijnan-Sankaya, where we are taught about our culture and not just the language"

"If he has to teach, let him go to the department of Sanskrit and teach. We cannot allow it here," he added.

The BHU website says the Sanskrit-Vidya-Dharma-Vijnan-Sankaya was established in 1918 by BHU founder Pandit Madan Mohan Malviya to "preserve and promote the studies of ancient Indian shastras, Sanskrit language and literature".

The university also has a separate department of Sanskrit that functions under the faculty of arts.

The university administration has rallied behind Professor Khan, saying he is the most suitable candidate for the job and that all procedures were followed during the appointment.
"The students say this is not as per the culture of the SVDV, but the university acts according to the constitution and the acts of the university," said O P Rai , the Chief Proctor of BHU.

The university has issued statements twice in the last week, saying it is "committed to achieving the objectives of the BHU in providing equal educational and teaching opportunities to everyone irrespective of religion".

Professor Khan hasn't been seen at the university since his appointment, multiple calls and messages to his mobile number went unanswered.

Professor Khan is originally from Rajasthan. His father also studied Sanskrit and sings bhajans at a temple near his locality, according to a report in the Times of India.

The report also says Prof Khan studied Sanskrit at the Rajkiya Sanskrit Vidyalaya in Bagru, Rajasthan, and then got higher educational degrees in the language from a deemed university in Rajasthan.