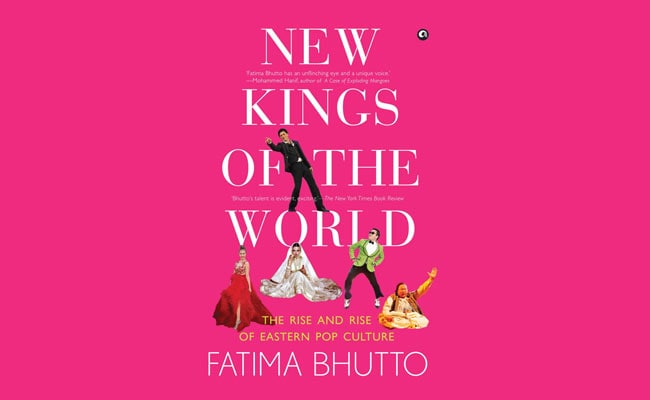 There is a vast cultural movement emerging from the Global South and sweeping all before it. India's Shah Rukh Khan, after all, is the most popular actor in the world. Bollywood, Turkish soap operas called dizi, K-pop and other aspects of Eastern pop culture are international in their range and allure and the biggest challenger yet to America's monopoly since the end of World War II.

Bestselling author Fatima Bhutto's new book is about these new kings of popular entertainment in the twenty-first century. Carefully packaging not always secular modernity with traditional values in urbanized settings, they have created a new global mass culture that can be easily consumed, especially by the many millions coming late to the modern world and still negotiating its overwhelming challenges. Though this is a book primarily focused on India, it also explores the cultural industries of two other countries at the forefront of the challenge to American soft power: Turkey and South Korea. Plummeting American prestige, the belated rediscovery that local cultures are valuable in and of themselves and the rise of classes with different tastes and backgrounds emerging out of the turbulence and migration of globalization have marginalized the old guard of "Westoxified" elites and created a vast new landscape of cultural power. Indian, Turkish and even Korean mass culture offer a much better fit for this majority's self-image and aspirations of sovereignty and dignity. Fatima Bhutto brings her thesis alive through exclusive interviews with Shah Rukh Khan, a behind-the-scenes-account of Magnificent Century, Turkey's biggest TV show, watched by upwards of 200 million people across 43 countries and her travels to South Korea to see how K-Pop transformed the world of popular music and "Gangnam Style" became the first YouTube video to be viewed one billion times.

Excerpted with permission of Aleph Book Company from 'NEW KINGS OF THE WORLD: The Rise and Rise of Eastern Pop Culture' by Fatima Bhutto. Order your copy here.

Disclaimer: The author and publisher of the book are responsible for the contents of the excerpt and the book. NDTV shall not be responsible or liable for any defamation, intellectual property infringement, plagiarism or any other legal or contractual violation by the excerpt or the book.