Sri Lanka PM To NDTV: "India Gave Us Intelligence, But There Were Lapses" 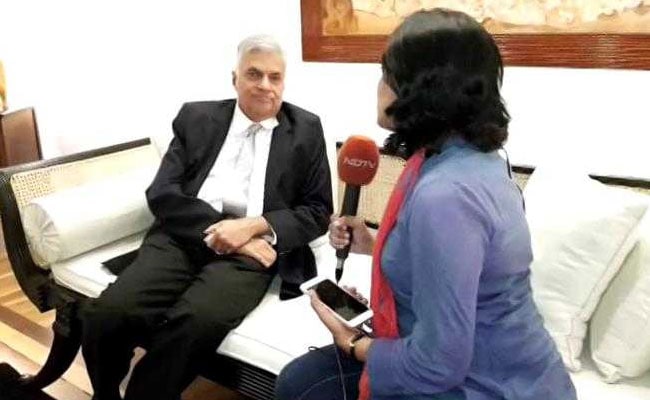 India had shared intelligence inputs with Sri Lanka but there was "some lapse", the country's Prime Minister Ranil Wickremesinghe told NDTV in an exclusive interview in Colombo on Tuesday, days after a terrorist attack killed more than 300 people and over 500 injured.

"India gave us some intelligence but certainly there has been some lapse," Mr Wickremesinghe said.

He said Sri Lankan investigators were in touch with several countries, including China and Pakistan, as they probed the strike.

A series of eight explosions had ripped through churches and hotels on Easter Sunday in an attack that was claimed by ISIS on Tuesday. Sri Lanka had earlier named a local Islamist group, National Thowheeth Jama'ath, as the chief suspect, for the incident act that has sparked international outrage.

A statement on the ISIS's official al-Amaq news agency made the claim on the encrypted messaging app Telegram saying the suicide bombers were "fighters of the Islamic State".