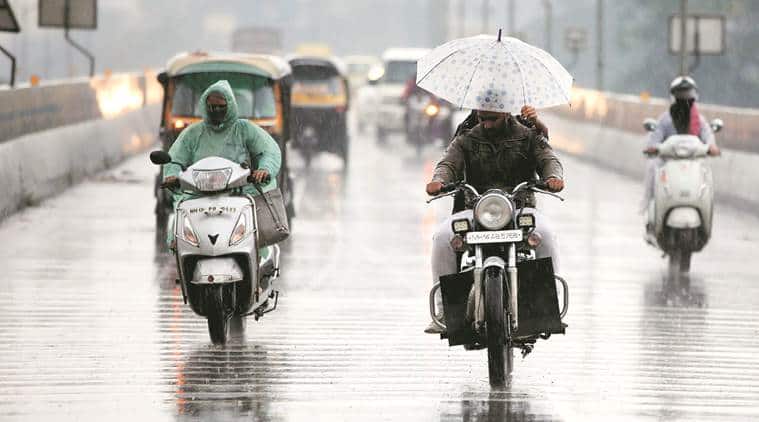 This year, the withdrawal of the Southwest monsoon will most likely see a month-long delay as it is not expected to commence anytime this week.

According to officials at the India Meteorological Department (IMD), the criteria for withdrawal are yet to be fulfilled with sporadic rainfall still reported over parts of Punjab and Rajasthan, from where the monsoon withdrawal commences. Normally, the withdrawal starts on September 1 and by October reaches parts of Central India, including Maharashtra.

In order to declare the commencement of monsoon retreat, three mandatory criteria have been set by the IMD, which include — reduction in rainfall for five consecutive days; formation of an anticyclone system; and considerable reduction in moisture levels along the northwest areas mainly covering Rajasthan and Punjab. Thereafter, the withdrawal moves southwards and by October, reaches central and southern peninsula and covers them by mid-October. Thereafter, the commencement of Northeast Monsoon, or the winter monsoon, is considered over the southern peninsula.

“There is still presence of feeble western disturbance along the extreme western parts of the country. The moisture content recorded at multiple stations in Rajasthan during the recent days ranged from 40 per cent to 85 per cent,” said Anupam Kashyapi, head, Weather Department, IMD, Pune.

As a result, the withdrawal is most likely to be further delayed and pushed towards the end of this month, like that in 2018. Last year, the withdrawal commenced on September 29.

With a fresh low pressure system expected to form over the Bay of Bengal, IMD has forecast more rainy days for Odisha, Maharashtra and Madhya Pradesh. Besides, all southern states spanning Andhra Pradesh, Telangana, Karnataka, Tamil Nadu and Kerala will continue to receive moderate to heavy rain spell during the week ahead till September 27.

As on September 22, the overall rainfall in the country has been recorded as 5 per cent surplus, whereas the September rainfall is 4.6 per cent above normal, said an official.

IMD officials had earlier forecast normal rainfall during September. About 20 per cent of the seasonal rainfall (June to September) has been received during this month.