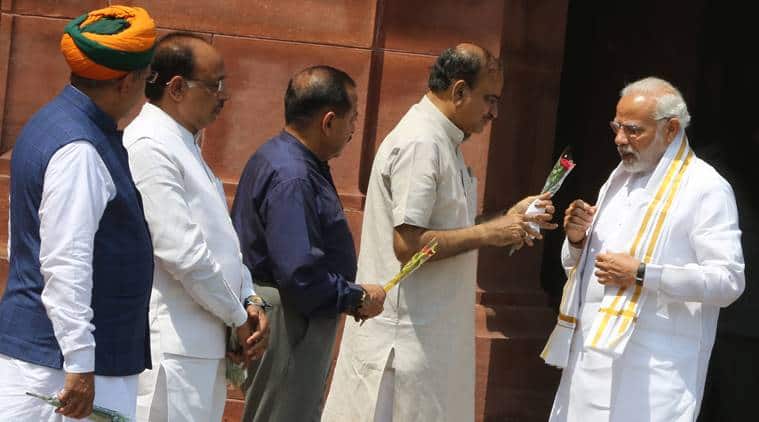 In response to UPA chairperson Sonia Gandhi insisting that the Opposition would win the no-trust vote in the Lok Sabha, Parliamentary Affairs Minister Ananth Kumar Thursday said her mathematics is weak. Kumar added that the NDA would defeat the motion as the Modi government holds majority inside and outside Parliament. Gandhi had told reporters yesterday, “Who says we don’t have the numbers?”

Recalling an instance when the Opposition had expressed confidence in winning a similar vote, Kumar said, “We know what happened then. Their calculation in wrong yet again.” The Congress-led Opposition failed to come to power in 1999 after the fall of the Atal Bihari Vajpayee government. Back then, Gandhi had said, “We have 272 and more are coming.”

“Sonia ji’s maths is weak. They had calculated similarly in 1996. We know what happened then. Their calculation is wrong yet again. The Modi govt holds a majority both inside and outside Parliament. The NDA will vote against the no-confidence motion,” Kumar, apparently meaning the 1999 incident, was quoted as saying by ANI.

On the first day of the monsoon session, Lok Sabha Speaker Sumitra Mahajan admitted a no-confidence motion which will be taken up tomorrow. The Opposition is likely to corner the government on several issues including mob lynching, safety of women, Jammu and Kashmir, the plight of farmers etc. With the support of at least 314 MPs, the NDA is expected to win the test in the 535-member House. The vote will be held on Friday. You can follow LIVE UPDATES on Parliament here.