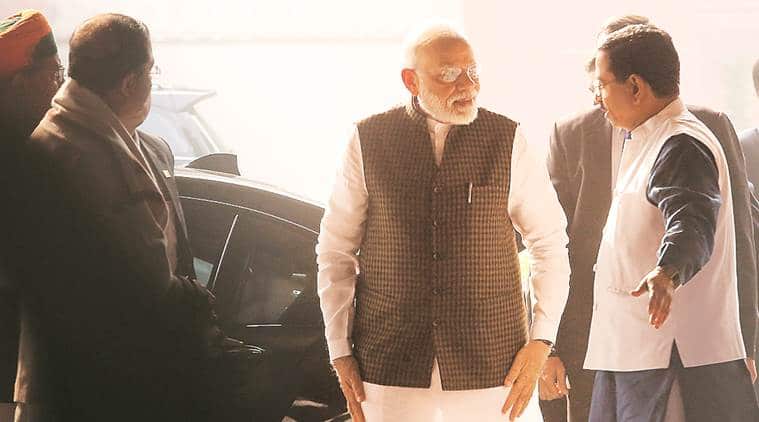 Hours before Home Minister Amit Shah alleged that Congress leaders were talking like Pakistani leaders on the floor of the Rajya Sabha, Prime Minister Narendra Modi on Wednesday accused “some Opposition leaders” of “speaking Pakistan’s language with its commas and full stops” on the Citizenship (Amendment) Bill, sources said.

Modi, who was addressing the BJP parliamentary party, also reportedly told them that his government has been fulfilling the dreams of the party’s founding fathers and that the legislative measures it has taken in the last five-and-a-half years including the scrapping of Article 370 and the CAB will be “written in golden letters”.

“The last five-and-a-half-year period has created history in everyone’s life. Those who have witnessed it and those who participated in it are fortunate. This period is the one with the most glorious achievements and this period will be written in golden letters in history. It is a remarkable achievement and you all are stakeholders in it,” Modi was quoted as saying by a source who was present at the meeting.

This was the first time Modi addressed his party MPs in this session.

According to sources, Modi lauded Shah for the CAB, which was passed by the Lok Sabha on Monday and was debated in the Rajya Sabha on Wednesday, and all the members who were part of the process.

He took strong exception to the Opposition, which accused the government of bringing a law that discriminates against citizens on the basis of religion.

“The Prime Minister said that some Opposition leaders were talking the same language of Pakistan with its commas and full stops. He said they speak exactly like them,” said the source.

Later in the day, while replying to the debate on the CAB, Shah accused Congress leaders of speaking like leaders of Pakistan.

Modi said that those who fled religious persecution have long lived a life of “uncertainty” in India and will get “permanent relief” once the proposed law comes into effect. According to party sources, the PM instructed the MPs to bust the “myths” being spread about the CAB.

“He said just passing the Bill in both Houses will not end our responsibility. We have to reach out to people, clearing the doubts and conveying that it is BJP’s achievement,” said an MP.

Modi reportedly asked the party to mobilise the beneficiaries of the legislation at different levels — mandal, booths, district and state — to campaign about the legislation. “He said we should make them talk about the pathetic lives they led in those countries and the newly generated self confidence after the legislation,” said the source. On the upcoming Budget, Modi told BJP MPs to gather feedback from all sections of society, including farmers, traders, the poor, businessmen and industrialists, and share the inputs with the finance minister.