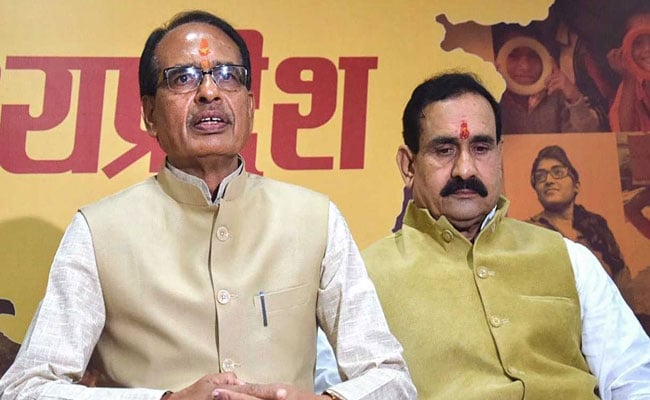 Shivraj Chouhan claimed that "A BJP wave is prevailing in Bengal. Mamata didi is frightened and furious"

Madhya Pradesh Chief Minister Shivraj Singh Chouhan today expressed confidence that the BJP would clinch a "spectacular" victory in the upcoming West Bengal Assembly polls and come to power in that state as people there have now risen against the "misgovernance" of the Mamata Banerjee-led dispensation.

He also said that he will take part in the Parivartan Yatra in West Bengal tomorrow.

Talking to reporters in Bhopal, Mr Chouhan said, "I will reach Kolkata tonight to take part in the Parivartan rally tomorrow. I will address three public meetings there as part of it."

The Election Commission on Friday announced eight-phased polling in West Bengal from March 27 to April 29.

"The assembly polls have been announced in West Bengal. A BJP wave is prevailing there. Mamata didi is frightened and furious too," he said.

"That is why Parivartan rallies are being attacked and BJP workers have been killed. But their sacrifice won't go in vain. West Bengal has risen against Mamata didi's misgovernance, and also against goodaism, corruption and loot," Mr Chouhan said.

The BJP is going to get spectacular success in West Bengal and form a government there, he said.