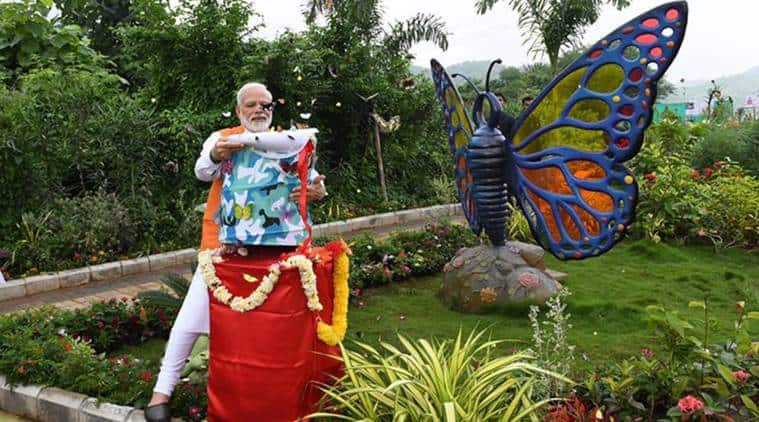 Praising the vision of Sardar Vallabhbhai Patel, Prime Minister Narendra Modi Tuesday said he was the “inspiration” for the government’s decision on J&K to resolve a decades-old issue and “walk on a new path”.

Speaking at a rally at the Statue of Unity site, Modi, who turned 69 Tuesday, said: “Today, India is trying to complete all the tasks that have remained incomplete since Independence. For 70 years, the people of Jammu and Kashmir were discriminated against as a result of which the entire country suffered in the form of violence, separatism and incomplete aspirations.”

“A decision was taken after decades to walk on a new path to solve this issue. I have complete faith that with the active co-operation of the lakhs of friends from Jammu & Kashmir, Ladakh and Kargil, we will be able to successfully chart a new course of development and confidence (vikas aur vishwas).”

Recalling Patel’s contribution, Modi said that on this day in 1948, Hyderabad agreed to be a part of India, and “India has again accomplished the dream of Sardar Vallabhbhai Patel”.

The Prime Minister was referring to the government’s August 5 announcement, ending J&K’s special status under Article 370 of the Constitution and the state’s bifurcation into two Union Territories.