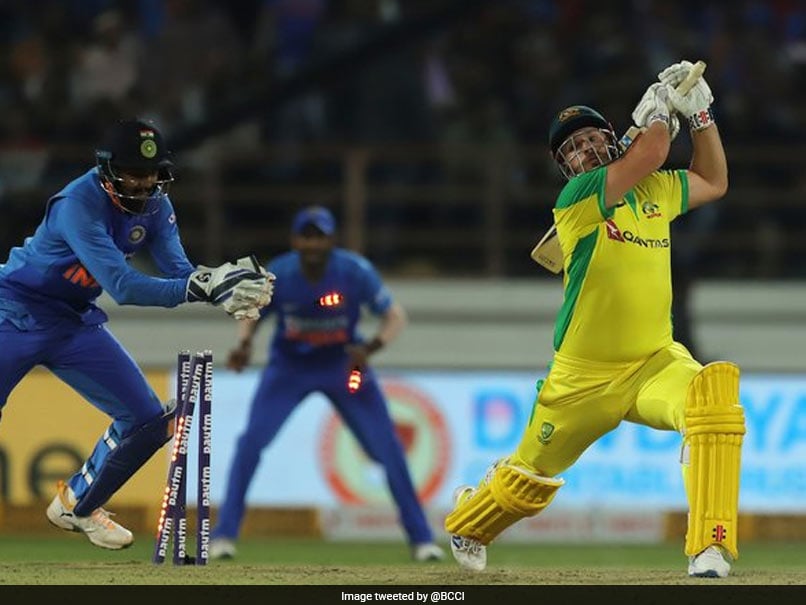 KL Rahul impressed one and all in the ongoing second One-Day International (ODI) against Australia with his all-round show in Rajkot on Friday. KL Rahul, who came in to bat at number five, scored 80 off 52 deliveries and completed a sharp stumping to get rid of Australia captain Aaron Finch in the 16th over off Ravindra Jadeja. Ravindra Jadeja tossed the ball up and KL Rahul caught Aaron Finch outside the crease and inflicted an impressive stumping to give India a crucial breakthrough. Soon after KL Rahul's impressive glove work, fans started comparing him with injured wicketkeeper Rishabh Pant and trolled the latter with hilarious memes.

After Seeing KL Rahul's Performance at No.5
Everyone to Rishab Pant:- pic.twitter.com/STcqvgdjDW

In the match, India posted an imposing total of 340 for six in their quota of 50 overs.

Shikhar Dhawan, who top-scored for the team, fell four runs short of his century as he hit a short ball from Kane Richardson straight into the hands of Mitchell Starc, stationed at fine-leg.

In reply, Australia had a poor start as they lost David Warner, who scored an unbeaten hundred in the first ODI, early in the fourth over.

Aaron Finch and Steve Smith then stitched together a 62-run stand to steady the innings.

After Finch's dismissal on 33, Marnus Labuschagne joined Steve Smith in the middle.