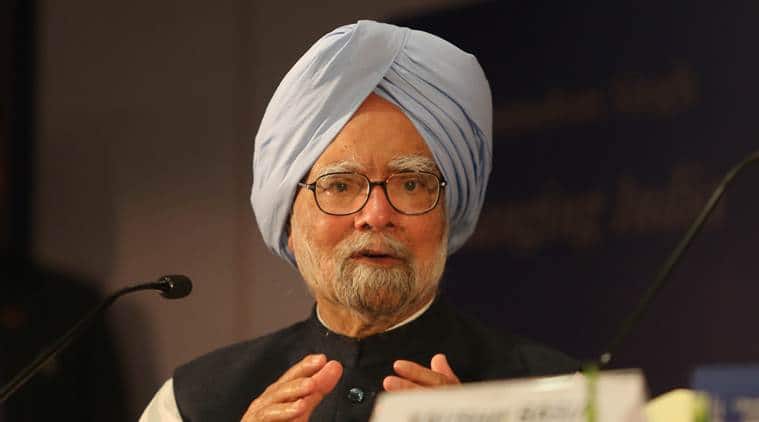 Former prime minister Manmohan Singh Tuesday said the country should reflect on the recent “disturbing trends of growing intolerance, communal polarisation and mob violence”. Speaking at an event organised by the Rajiv Youth Foundation to mark the 75th birth anniversary of former PM Rajiv Gandhi, Singh said these trends go against the promotion of the objectives of peace, national integration and communal harmony enshrined in the Constitution.

Underlining that India should imbibe what Rajiv Gandhi, Manmohan Singh quoted the former PM and said: “Nothing is more important than the unity and integrity of our nation. India is indivisible. Secularism is the bedrock of our nationhood. It implies more than tolerance. It involves an active effort for harmony. No religion preaches hatred and intolerance. Vested interests, both external and internal, are inciting and exploiting communal passions and violence to divide India.”

Singh said Rajiv Gandhi had an illustrious career, adding the young prime minister had set the direction for India to enter the new millennium with a progressive, modern and scientific outlook. “If Rajiv ji were to be with us today nothing would give him greater comfort than to see how many of his ideas have now come to be accepted as the reality of our development, thinking for the 21st Century. He was, as I said, a true visionary,” Singh said.

“He was also a very practical and hard-working person. It is this combination of vision and practical common sense, of passion and hard work that endeared him to so many in so short a period of time,” Singh added.

Manmohan Singh, along with members of the Gandhi family and Congress leaders, paid floral tributes to Rajiv Gandhi at Vir Bhoomi and in Parliament this morning.