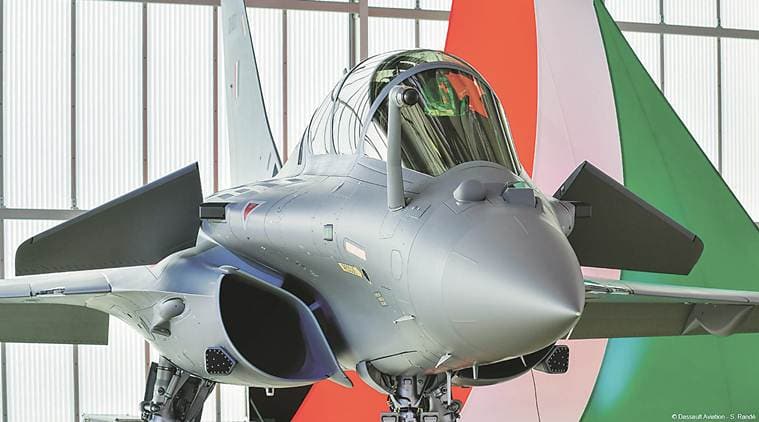 Welcoming the Supreme Court’s decision to dismiss the review petition on Rafale, the BJP on Thursday called it a “befitting reply” to those who “rely on malicious and baseless campaigns” and sought an apology from Congress leader Rahul Gandhi.

In a series of tweets, BJP national president and Union Home Minister Amit Shah stated, “Today’s decision, yet again, reaffirms (Narendra) Modi sarkar’s credentials as a govt which is transparent and corruption-free. Now, it has been proved that disruption of Parliament over #Rafale was a sham. The time could have been better utilised for the welfare of people. After today’s rebuke from SC, Congress and its leader, for whom politics is above national interest must apologise to the nation.”

In successive tweets, Defence Minister Rajnath Singh stated: “I wholeheartedly welcome the Supreme Court’s categorical dismissal of the review petitions …with this the NDA Government stands vindicated. The SC verdict is also a judgement on our Government’s transparency in decision-making. The purchase of Rafale jets was done in a completely transparent manner, keeping in mind the urgency to update and upgrade India’s defence preparedness. The issues pertaining to defence preparedness and national security should never be politicised. The allegations made by certain political parties and their leaders in Rafale jet purchase were extremely unfortunate, unwarranted and laced with malicious intent.”

Slamming the Gandhi family, Prasad said, “People having saga of corruption from Jeep scandal to Bofors to Submarine to AgustaWestland, were undertaking a political programme masquerading as quest for justice…. Raising false allegations on the Rafale deal was the lowest point of political discourse that he (Rahul) stooped to the shameful extent of misquoting the Supreme Court deliberately.”

Reacting to Rahul’s tweet that Justice K M Joseph has left open a door for investigation into the Rafale deal, BJP spokesperson G V L Rao tweeted: “…hair splitting and selective and convenient nitpicking wont help you Rahul Gandhi. You have been shamed for disgraceful conduct and distasteful comments. The judgment is a comprehensive indictment of your lies. Clutching at straws wont help redeem your condemnation.”