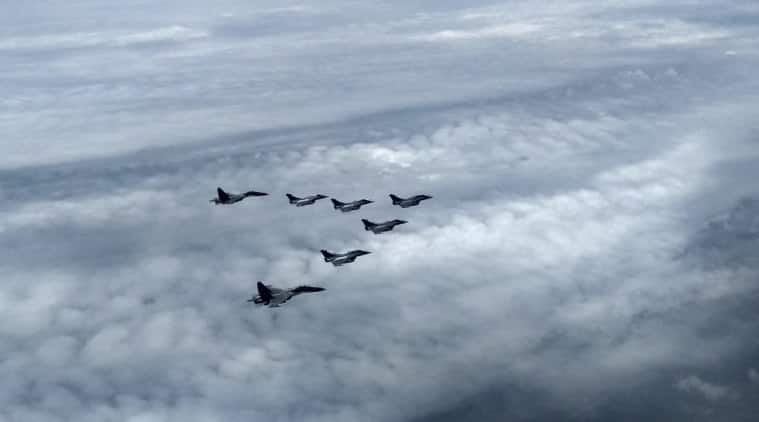 Rafale in India LIVE updates: Prime Minister Narendra Modi welcomed the arrival of the first batch of five Rafale jets at the IAF Station in Ambala Wednesday.  Also, Defence Minister Rajnath Singh’s office told PTI that the Rafales were escorted by two Sukhoi 30 MKIs. Chief of Air Staff Air Chief Marshal RKS Bhadauria received the fleet at Ambala. The five fighter aircraft, which were flown by Indian Air Force (IAF) pilots, arrived here after covering a distance of 7,000 km with air-to-air refuelling and a single stop in the United Arab Emirates. The aircraft will be officially inducted into the IAF in the second half of August.

A security blanket has been thrown around the air force station by the police, on the request of the IAF to prevent any photography and videography of the arrival of the aircraft. Further, Section 144 has also been imposed in four villages close to the Ambala airbase.

India had bought 36 twin-engine fighter planes from Dassault Rafale for an estimated Rs 58,000 crore, through an inter-governmental agreement signed in 2016. The Number 17 Golden Arrows squadron of the Indian Air Force has been resurrected in preparation for the induction. The Golden Arrows were raised in 1951 and have been involved in a number of significant operations through their history, including the Kargil War. But after the Air Force started to phase out the Mig-21, which were operated by the Golden Arrows, the squadron was disbanded in 2016.