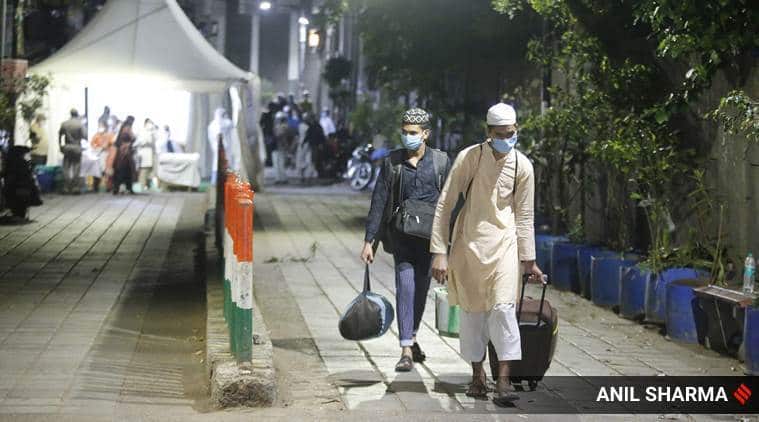 Three days ago, the Kapurthala district administration had got a list of 32 Tablighis who had come to Kapurthala after attending the Delhi gathering. (Express photo/Anil Sharma)

THE FIRST COVID-19 case recorded in Punjab’s Kapurthala district Sunday evening is a Tablighi who had come from Delhi after attending the Nizamuddin Markaz.

The 17-year-old boy had returned on March 18 with 13 other Tablighis. Around two dozen villages of Kapurthala and Jalandhar districts were sealed on Monday and those who came in contact with him are being traced by the Kapurthala district administration.

Three days ago, the Kapurthala district administration had got a list of 32 Tablighis who had come to Kapurthala after attending the Delhi gathering. A team then immediately located them in two villages — Kot Karar Khan near Kapurthala city and Palahi near Phagwara. A total of 21 Tablighis were put in home quarantine at Kot Karar Khan and 11 in Palahi.

Sources said 21 Tablighis had arrived in Kot Karankhan in two groups from Delhi. The first group of seven Tablighis reached here on February 25 while the other group of 14 reached on March 18. They were putting up in the village’s Noorani Mosque and had been in contact with Gujjran Da dera Mohammad Yahoor and Dera Roshandin in this village. They were asymptotic when they were quarantined three days ago, but samples of everyone were collected.

In Palahi village too, the Tablighis had reached on February 25 and were home quarantined.

Kapurthala Civil Surgeon Dr Jasmeet Bawa told The Indian Express that they had taken samples of all Tablighis, of which one was positive and the remaining had tested negative. With this case, the Doaba region’s total tally is 32, including two deaths and nine people who have been cured.

Deputy Commissioner Kapurthala, Deepti Uppal, said they have already sealed around 13 villages of Kapurthala and around a dozen of Jalandhar which were located close to this village. She said a contact list of the infected youth, who has been shifted to the civil hospital’s isolation ward, is being prepared so a close tab can be kept on these villages. “Sarpanches are also cooperating to maintain social and physical distancing in these villages. Supply of essentials goods is being ensured,” she added.